It’s been a long time since Abu Garcia last released a reel that you could argue was designed with the British market in mind, so it was a welcome sight when Abu launched the new Abu Garcia 7500 Elite Multiplier, an Abu Garcia reel designed for the British boat and shore fishing market.

The original Abu Garcia 7500 was a very popular reel for both shore and boat anglers, ideal for use when you’re fishing rough ground from the shore and as a light to medium boat reel capable of landing anything from a bass to a tope and more.

With the new 7500 Elite, Abu have gone back to the drawing board. Taking on board advice from staunch users of the original 7500 as well as anglers from across the UK. This has produced a uniquely designed “British” reel that is claimed to be as capable of doing everything the original could and more.

The Abu Garcia 7500 has the unmistakable look of a traditional Abu Garcia reel. Black side plates, silver screws, spool tensioner and ratchet knobs and the unmistakable Swedish Royal Family livery in gold. The reel cage is traditional silver too along with the handle. In order to lift the aesthetics Abu have introduced a fetching metallic red for the aluminium spool and star drag wheel. The combination of black, silver and metallic red produces an awesome looking unit.

Brass side plates have made this a weighty reel, coming in at just over 650g it is heavier than most of its competition. This shows the importance Abu have placed on building a robust reel from the best materials at this price point, as well as increasing corrosion resistance against the effects of saltwater. Some Abu reels of recent times, especially the Big Game, were terrible for corrosion and it’s a welcome return for the brass side plate. It goes without saying that just like with any reel that is exposed to saltwater, it should be thoroughly washed in freshwater after each use.

The ratchet has a satisfying clunk as it’s put into place, which feels solid and robust, it also chatters away loud and clear when a fish runs. Likewise, the free spool button is a stainless steel lever with rubber grip that feels mechanically strong and again gives a good clunk as you put the reel in and out of gear. This feels far more robust than on other Abu reels, especially when comparing it to the 7000i.

Lastly, the reel comes with a chunky, rubberised handle that provides a good grip for retrieving. The top and bottom of the handle are levelled off to make it more comfortable to use when retrieving with your index, middle finger and thumb and large enough to be cranked with your whole hand if you really have to. If there was one complaint it would be that the reel features what looks like a standardised Pure Fishing handle, a similar shape and feel as you get with a Penn reel (another Pure Fishing brand). Personally, I like my reels to have some character and be individualistic and handles are a big part of that.

Inside the Abu Garcia 7500 Elite

Inside the Abu Garcia 7500 Elite has a redesigned and strengthened spindle that maximises the spool and gear alignment when under heavy pressure loads such as casting or fighting a good-sized fish in depth. When you open up the reel and take a peak at its insides you can see just how much the spindle has been beefed up as opposed to the 7000i and the original 7500 Abu Garcia Reel.

The reel comes with a four-pin adjustable centrifugal brake system, taking the side plate off reveals the four brake blocks for adjustments. Adjusting the brake blocks is particularly useful if you need the reel spool to be spinning with more freedom during a cast or, for the opposite when you want to slow it down. Each brake block can be turned on or off with a simple push out or push in. As with the other areas of operation of this reel there is a reassuring clunk as each brake block is adjusted.

For me smoothness on the retrieve has always been the Abu Garcia reel party peace and once again the 7500 delivers. The smoothness of operation is second to none, with an improved ball bearing alignment to improve on usual Abu standards still further. I’d go as far as to say that Abu reels are as smooth on the retrieve as anything out there, even my beloved Accurates!

As with most Abu multipliers of recent years, the Abu Garcia 7500 Elite incorporates the Carbon Matrix drag system. This system uses carbon fibre drag washers to provide a consistent and smooth drag operation.

In the field the reel performs, as you would expect, it is smooth, reliable and a good casting tool too. It won’t quite reach the horizons of a 6500 or a Penn 525 but it will allow you to cast a good distance. The drag is smooth and has enough power to deal with most things you are likely to chuck at it in the course of day-to-day fishing in the UK.

As well as using the CT version I’ve been playing with the C version too. The C version comes with a level wind. I’m not a huge fan of level winds and the 7500 C has done nothing to convince me otherwise. Yet again, I’m struggling to see the benefit of having one and as with all the other level winds on reels of this size I have tried, line is bunched up at one end of the spool and is no way level. If you like a level wind, then it’s acceptable but, could be better.

Level winds aside the Abu Garcia 7500 is a cracking shore fishing reel for when you need that extra line capacity and grunt, it would be at home on a rough ground beach but especially on a rock mark when fishing into kelp and snaggy ground and big fish are a possibility.

Its versatility on a boat means it is comfortable doing pretty much anything you want. Its fast retrieve ratio means it’s perfect for working lures over wrecks and reefs whilst its large capacity and tough drag makes it perfectly at home as a 20lb class boat reel fishing for conger, tope and even blue shark. The fact it‘s a great caster makes it the natural choice for uptide fishing for cod in the winter and tope in the summer. It’s also great for drifting over sand and patchy ground.

As an overall reel designed for rough ground shore fishing and general boat work it is hard to fault the 7500i. The level wind on the C version could be better but is acceptable if you really want a level wind. If budgets are limited and you want an all round boat reel and a reel capable of shore fishing too, the 7500i is ideal. The inclusion of brass side plates and a strengthened, more robust spindle makes this a super tough reel as well. 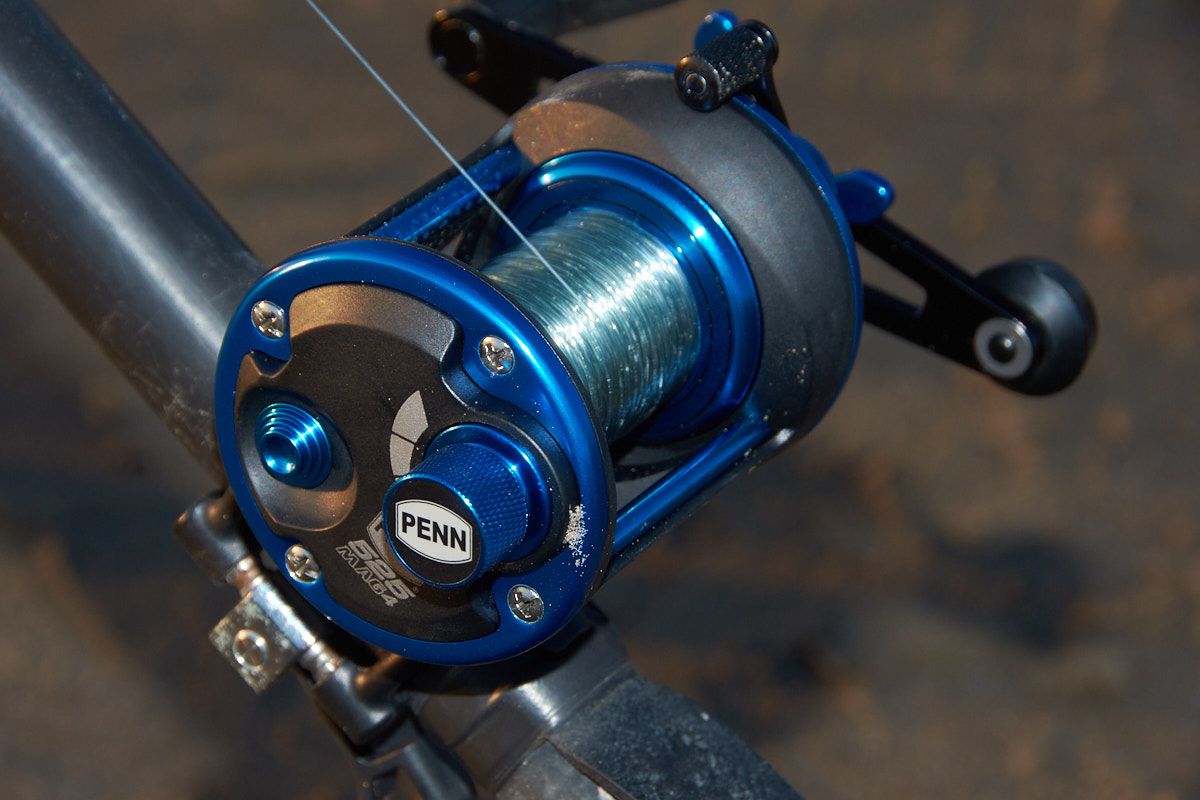 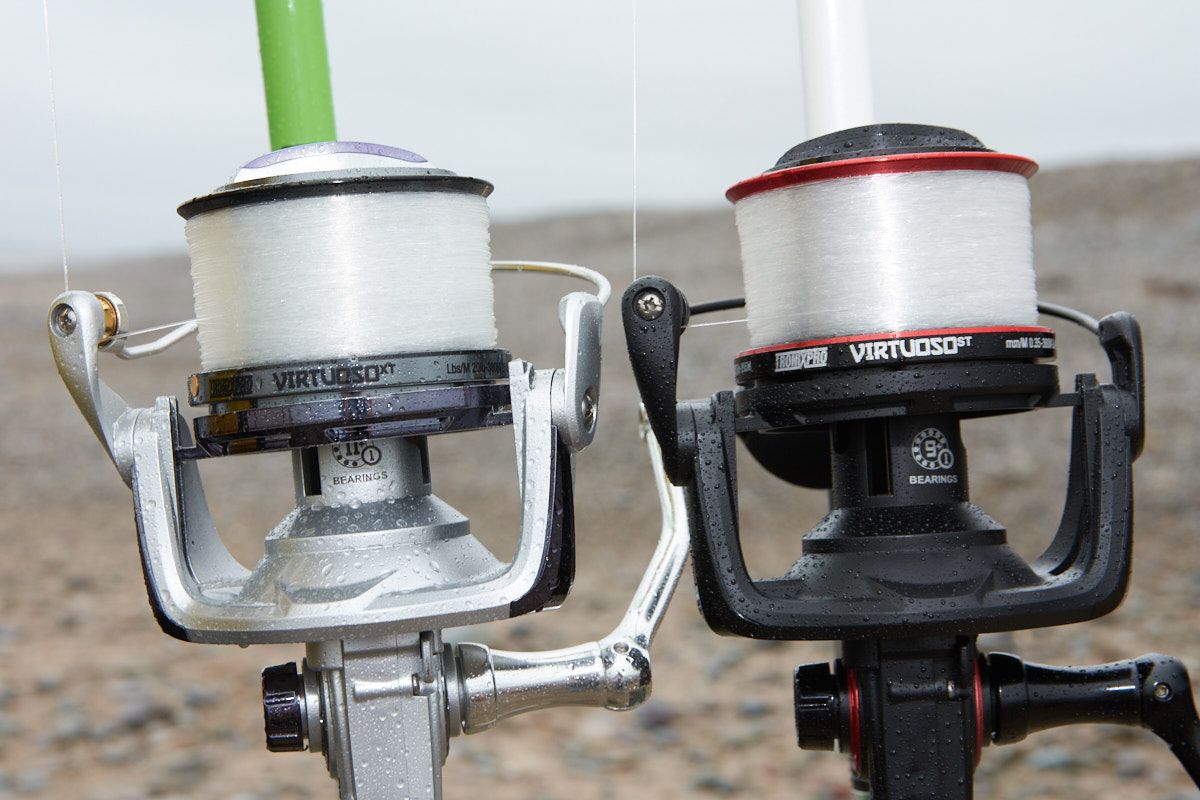 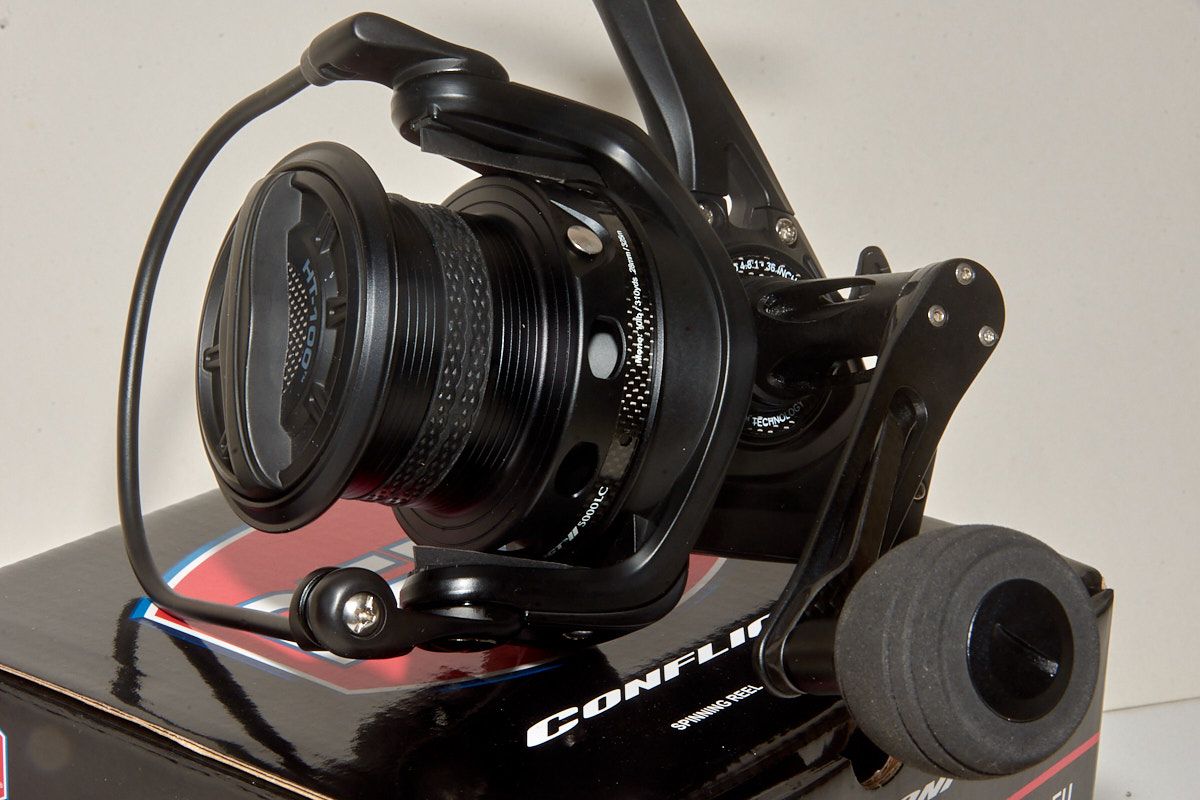