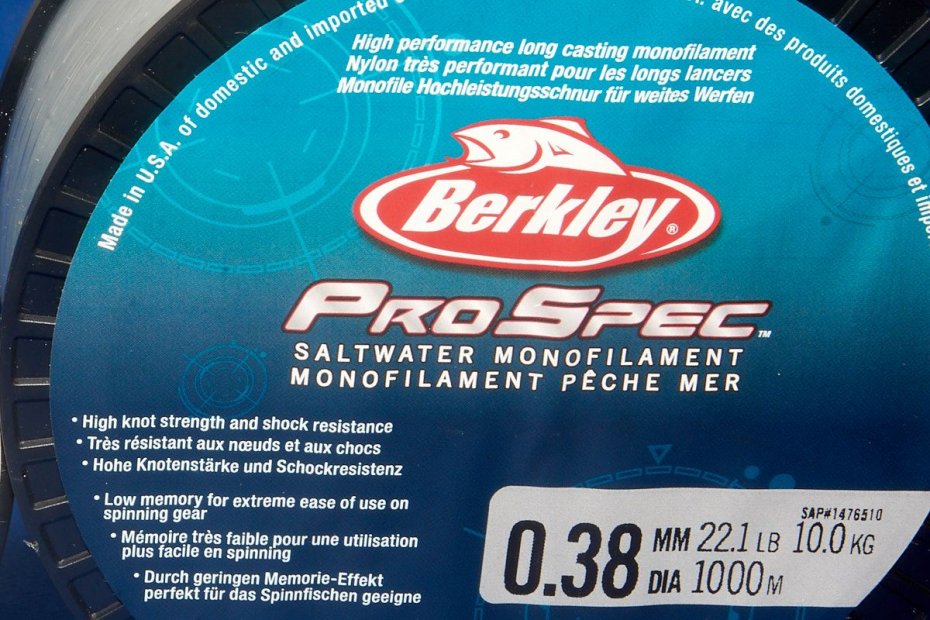 With so many makes and types of monofilament lines available to the angler, plus it has to be said, most being of a good general quality related to price. Most mono purchases come down to personal experience and preference. One of the best rules of thumb is to buy a recognised brand, one that’s proven with a long track record.

Berkley were founded in the USA in 1937 by Berkley Beddell, initially as a fly-fishing company, but soon moved into general line and have remained at the top of the line tree for decades. Their Berkley Trilene range of line is one of the world’s most famous and trusted lines.

A recent introduction to the Berkley range is ProSpec mono designed as a general use saltwater line. We fished with the clear coloured 10kg (22.1lb) breaking strain initially, using it for surfcasting and boat fishing.

Taking the line spool out of the packaging, straight away, our eye was drawn to the diameter. This 22.1lb line has a diameter of only 0.38mm. Normally, 0.38mm would be a line around 18lbs, so it is a low diameter line for its breaking strain.

Feeling the line, it’s very supple and fairly soft in nature. It is officially described as a low memory line designed to minimise the aggressive looping of line as it exits the spool during the cast as it travels towards the butt ring. Hard, wiry lines can induce wide looping when used on fixed spool reels which cuts down on casting distance, so more supple low memory lines aid longer casting.

We tried knotting the line first to heavier 60lb mono shock leader. We do this by using at least two different makes of shock leader as not all variant makes of different manufacturers lines are compatible with each other. The ProSpec knotted perfectly to Berkley Trilene and Greased Weasel with no sign of pull through under ridiculously heavy and constant pressure using the Tournament Leader Knot. Next came fluorocarbon in 30lbs, which is our standard boat leader material and again the ProSpec produced a tough, tight and neat knot.

The prospect 22.1lb Clear Blue line was loaded first onto a Penn 525Mag3 and used for long-range surfcasting, with a 60lb shock leader, off the beaches, also for mixed rough ground fishing.

The line casts extremely well and becomes slightly more supple and friendly once it’s been fished with a couple of times. It beds down on to the spool neatly and is fairly quiet when travelling through the rod rings in mid cast. After each session, we checked the casting length for abrasion finding no problems over sand, and just obvious nicks and scuffing after contact with rocks when mixed rough ground fishing.

We also loaded a Penn Spinfisher 7500 with the 22lb line. We found it’s casting ability as good as we expected with the low memory showing in the reduced width of the coils coming off the spool during the cast, especially once the line had been used and bedded in.

Its third test was being loaded on to a Penn 30LD 2-speed reel used for general downtide fishing and drift fishing. This was the best way to test the line for stretch as you’ll inevitably get snagged and come up against bigger fish in faster tides and deeper water. Like all mono’s, there is some stretch evident. In all honesty, we’ve had lines with far worse stretch and a few with slightly less stretch, but we put the ProSpec in the best 25% of those, though that might be a bit harsh as it’s not a high price line. Bite detection was also good for a mono line.

Berkley ProSpec is available in 300m and 1000m spools with the key sea breaking strains being 12.3lbs through to 37.8lbs. We tend to buy by diameter rather than breaking strain, so would choose the 0.28mm 12.3lb for spinning, the 0.34mm 18.1lb for normal surfcasting, the 0.38mm 22.1lb for mixed rough ground and general boat fishing. Also, the 0.45mm 31lb line for heavier boat work and sharks.

Alongside the Clear Blue colour, it also comes in red and yellow. Prices differ widely online, but we found the 1000m spools retailing for around £10 plus delivery, which offers outstanding value for money!

What stands out with ProSpec is it’s casting ability and suppleness, also its knotting characteristics. It does stretch under heavy pressure as we said, but so do all monos. This test line had to work hard in different situations and came through great credit for a line in this price band. We like it and will continue fishing with it in the future. 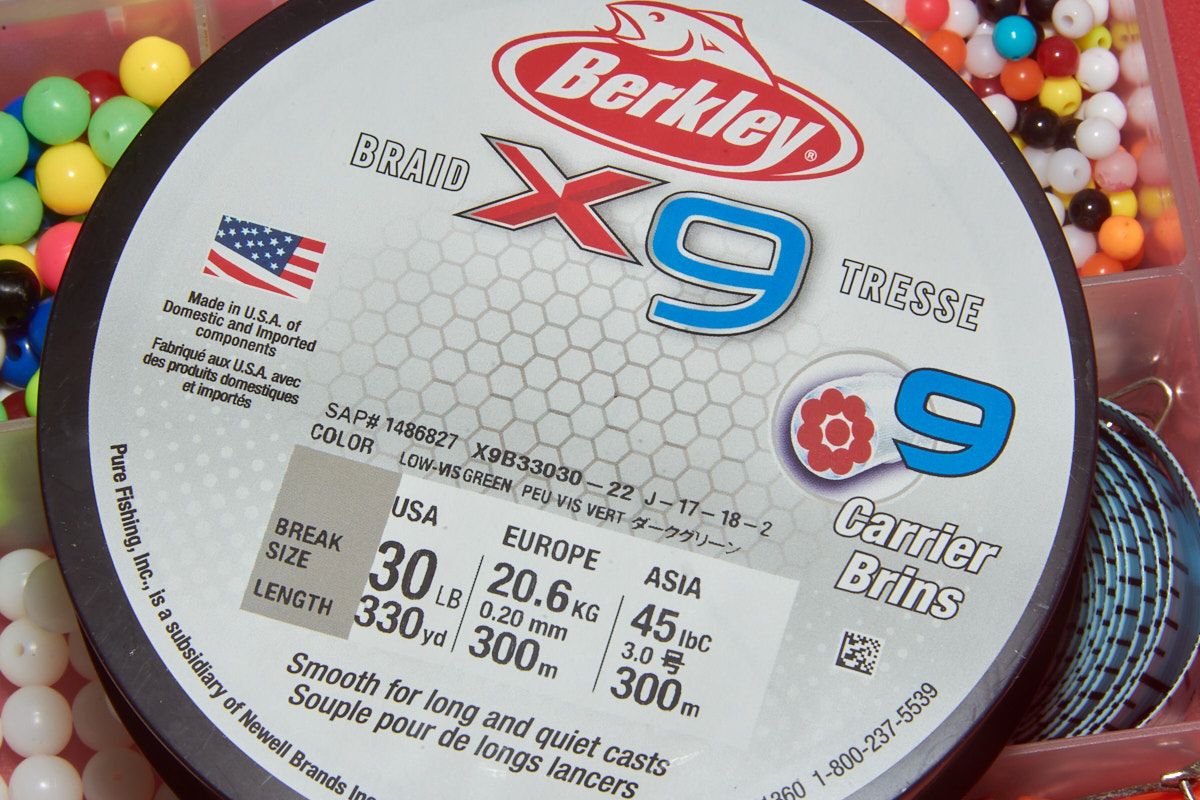 Tackle Talk looks at Berkley X9, a 9 strand braid from Berkley which will find favour with boat anglers and lure anglers alike. 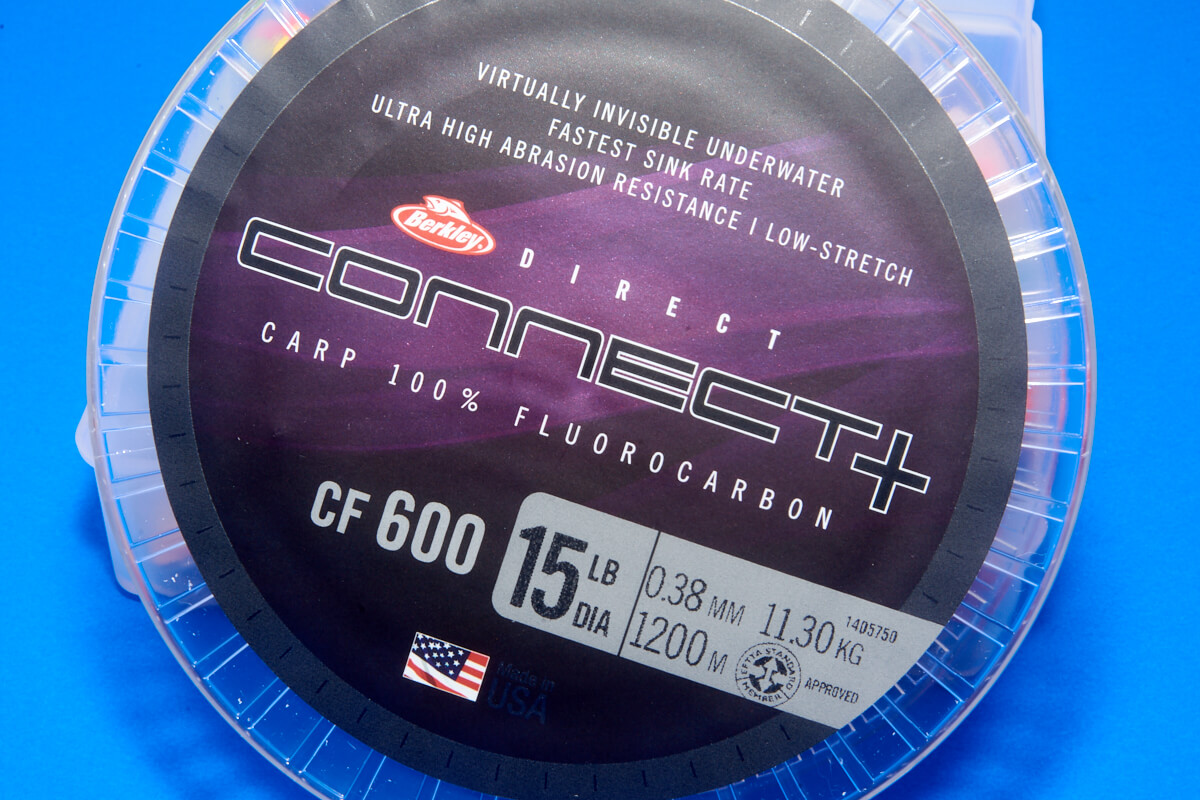 Tackle Talk looks at Berkley Connect CF600, a performance fluorocarbon line suitable for use as a reels mainline for shore, boat and lure fishing. 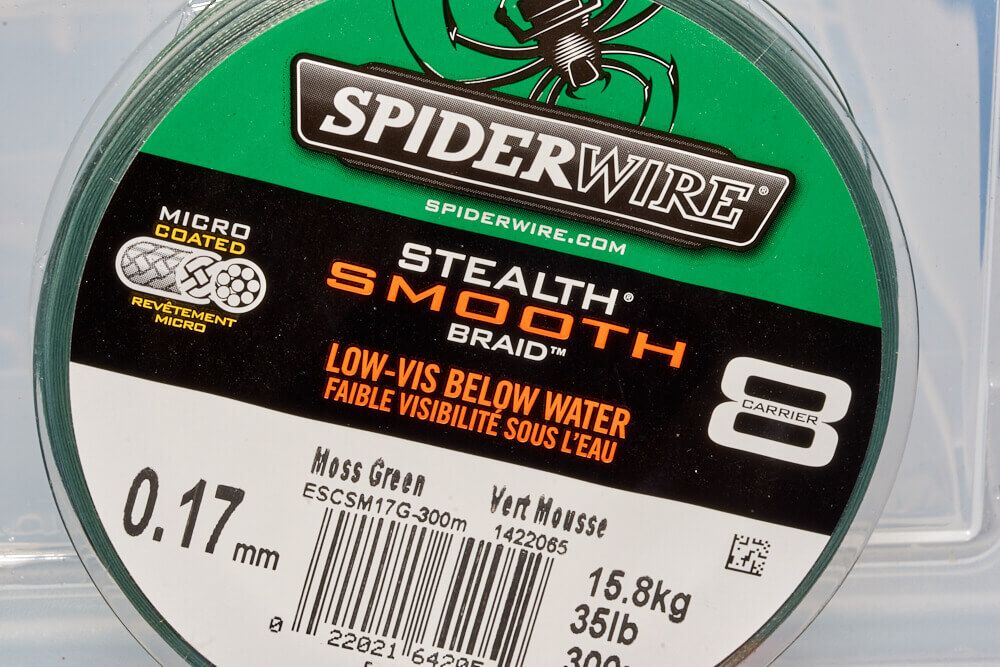 We take a look at Spiderwire Stealth Smooth, a medium-priced but high-performance braid that will find favour shore, boat and lure anglers.