As the title suggests I headed to southbourne Saturday. 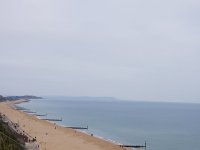 I fished a new part, for me anyway as I'm normally along the bistro section or east of the bistro. This time I was slightly west of fisherman's walk. I got down around midday as I wanted to walk up to boscombe and basically scout the area. I walked from fisherman's walk to boscombe and back and then walked along the top of the cliff where something in the sea something caught my eye. To start with I thought It was just a weed bed, that was until it started changing shape and moving slowly. Eyes fixed on this dark shape/cloud under the water I started filming it and taking the odd picture. For some reason the video won't upload which is a shame as at one point a fish did break the surface and I have captured it on the short video though only being on my phone as I zoom in it becomes very distorted. Anyone have any ideas on what fish they could have been? 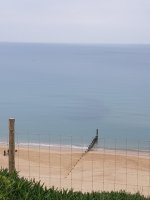 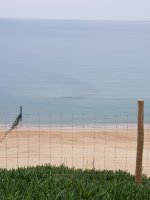 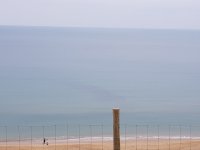 Back to the fishing though and I fished an hour down all the way back up to high and half hour down. It was bites from the off and it was whiting after Whiting after you've guessed it whiting, literally lost count. The highlight of the evening was a double shot , a whiting with a small plaice. At about 10-30pm though it just went dead for me. From getting constant bites to nothing was a head scratch for me. I varied the distances etc but still nothing. I had one more bite as it goes and that was on my rod with a bait for Ray's on. Stayed half hour into the ebb but it was still dead. 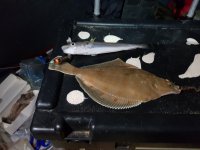 Good to be out as usual and plenty of fish, to start with that is.
Tight lines.

Nice plaice. Definitely a whiting fest there at the moment with the occasional surprise fish! As you say always good to be out.

They certainly shoal in summer up here and do sometimes "breach".

Warby72 said:
They certainly shoal in summer up here and do sometimes "breach".
Click to expand...

Not every year but sometimes we get big shoals of them off the local pier in January/February.

I remember it more so because idiots used to drop strings of feathers down and boast they were ‘catching’ them.

Nice looking plaice that! Well done for battling through the whiting.

Great report Emmcee! Shame you can't upload videos to the site - I think the only option is to set up a Youtube account and post a link.
Have you been out on the roads again without a Jeep? Give yerself a slap and don't do it again!

Well done on a lovely session, a great report of the events that took place and the fish that graced the beach