Over the past few years Grauvell have been making some serious inroads into the British sea angling market. It wasn’t a brand I was that familiar with until last year whilst I was searching for a quiver tip boat rod for a trip to Ireland. After some research I settled on the Grauvell Etna 300 and to cut a long story short I fell in love with it. So when I got my hands on one of Grauvell’s Teklon lure rods, I was only too keen to give it a go! The rod I’ve been using recently is the premier lure rod in the Teklon Range, the Teklon Royal, available in a 7ft, 8ft, 9ft or 10ft version. I’ve been fishing with the 8ft version, the Teklon Royal 802.

The Teklon Royal is rung throughout with Fuji K Concept Guides. These guides are specifically for use with braided lines, but are also equally at home with mono, fluorocarbon, nanofil etc. They are designed to be tangle free. The frames are wide and flare out at the sides, this forces line loops to be concentrated and tunnelled forward towards the ring itself. The guides are made of polished, smooth titanium that reduces friction to minimal levels, allowing the line to pass quicker so loops can’t linger to become tangles. Lastly, the ring itself is tilted forward slightly to help keep the line moving forward with no hang-ups allowing any loops that might form to release themselves. The titanium construction provides strength and durability whilst being lightweight and resistant to corrosion.

For the most part the Teklon Royal build is very good. One of the things I hate the most on rods is when manufacturers don’t completely varnish the reel whippings, with gaps left under the ring frame feet. There is none of that here and all of the whippings are well varnished and smooth.

The rod fits together snuggly with no obvious movement when the rod is in use, there appears to be no danger of the tip spinning around during use and there is no knocking or other movements when performing a multitude of different casting styles or lure retrieval methods.

There is one minor niggle that only the most eagle eyed of you would notice. On one of the smaller ring feet and also on the hook keeper eye a small part of the ring foot is visible where the whipping thread hasn’t quite been whipped over as tidy as it could have been. Like I said, a minor niggle, probably isolated to this individual rod and nothing that would impact performance and only noticeable to the most discerning eye.

Since I’ve had this rod we’ve had gales and rain for the most part. Now I’m not so worried about the rain, I’m an angler and a bit of rain never hurt anybody, the gales, well they put out most of the marks I wanted to fish! In the end I chose a spot that I haven’t fished properly since I was a kid. A change of circumstances means I now live on Anglesey so I elected to fish a mark near Britannia Bridge on the Menai Straits.

I wasn’t at all confident of catching given the conditions but, after a long winter, cabin fever was setting in to the point where I just wanted to cast a lure and see what would happen. Plus, with the weather conditions as they were, it would give me an ideal opportunity to put this rod through its paces in some tough conditions.

The Teklon Royal 802 is built on a lightweight Japanese high performance carbon blank and naturally the first thing you notice about the rod is just how lightweight it is, it weighs just over 140g and when coupled with a suitable reel, the whole outfit feels minimalistic, lightweight and something you could easily fish with for hours on end without fatigue. I chose to couple my 802 with a 3000 sized Daiwa reel. I think most reels within the 3000 to 4000 sized range would marry well to this rod, although, I would tend to go towards the mid to high range of reels which have the lightness to really set this outfit off.

Using the rod for the first time it’s obvious that things have been thought about carefully. The positioning of the fittings is spot on with the reel seat to butt grip distance comfortable. The minimalistic reel seat provides a good solid gripping point on the rod and most hands will fit comfortably around the reel foot and reel seat when retrieving and playing fish.

Given the less than ideal conditions I was keen to see how the rod performed whilst casting straight on into a wind. The Teklon Royal 802 is rated for lures from 10 to 50g so I elected to use a 35g Fiiish Black Minnow (combined weight of jig head, hook and body). Punching straight into the wind caused no problems at all, the lure flew straight, true and accurate to a good distance, without a huge amount of effort. The fast action Japanese carbon blank really does excel in these conditions and despite the weather; it was a joy to use and brought a smile to my face amongst the gales and horizontal rain!

Over the course of three hours I tried the rod with a variety of different lures and techniques from surface lures and poppers to sub surface lures, hard baits and also soft plastics. Despite its power, the tip is both sensitive enough for working soft baits and stiff enough to work hard baits and surface baits well too. There is constant feedback from your lure, transmitted directly through the blank to the reel seat.

The Teklon Royal 802 was perfectly happy casting anything between the 10 and 35g range, whilst it is capable of casting lures up to 50g, I think this is at its extreme range and it doesn’t feel as comfortable casting a lure of this weight as opposed to anything below 40g. I rarely use anything over 35g for my fishing, but if I did, I would probably opt for the 9ft version of this rod, which has a bit more poke for heavier lures.

When it comes to playing fish, just using the rod and observing its power curve tells you that it’s going to have the force to bring in good sized fish in a variety of challenging conditions. The mid section is powerful and gives you a good starting point for playing most fish. When you really need it, there is a tremendous amount of power in the butt that will really lock in and dig deep if you are lucky enough to hook into a real beast. The rod also has enough power to steer fish through any likely snags you will encounter in the scope of general fishing.

All in all, a cracking rod that comes with a degree of finesse whilst retaining a rugged rough edge to combat the feistiest of fish and fishing situations. It casts well and deals with challenging conditions with ease. It’s super comfortable to use with everything in proportion and when coupled with the right fixed spool, provides a lightweight outfit that you can use for hours and hours without experiencing any fatigue. 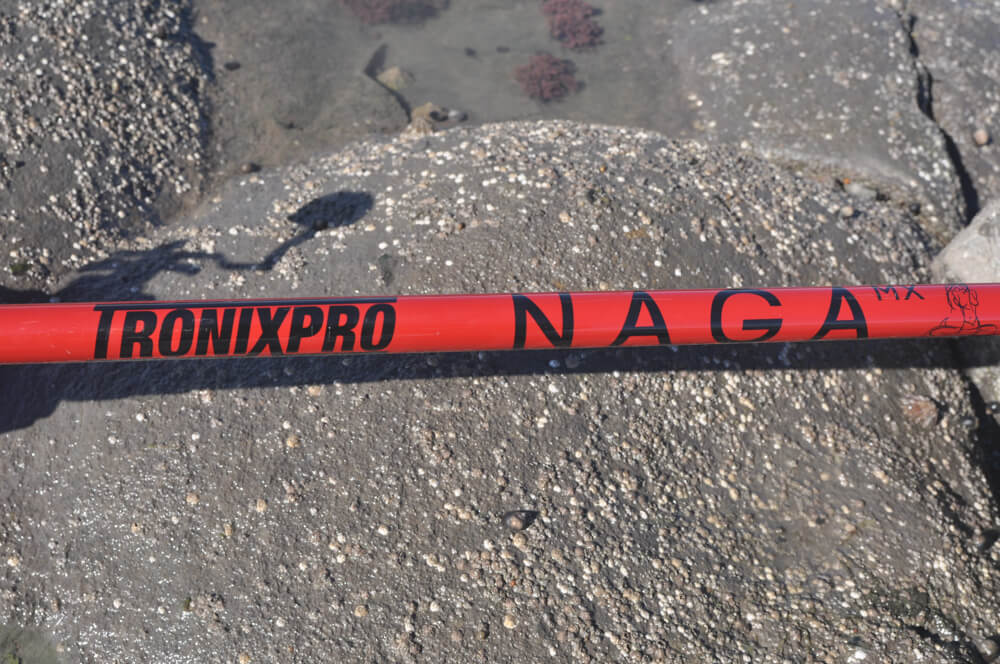 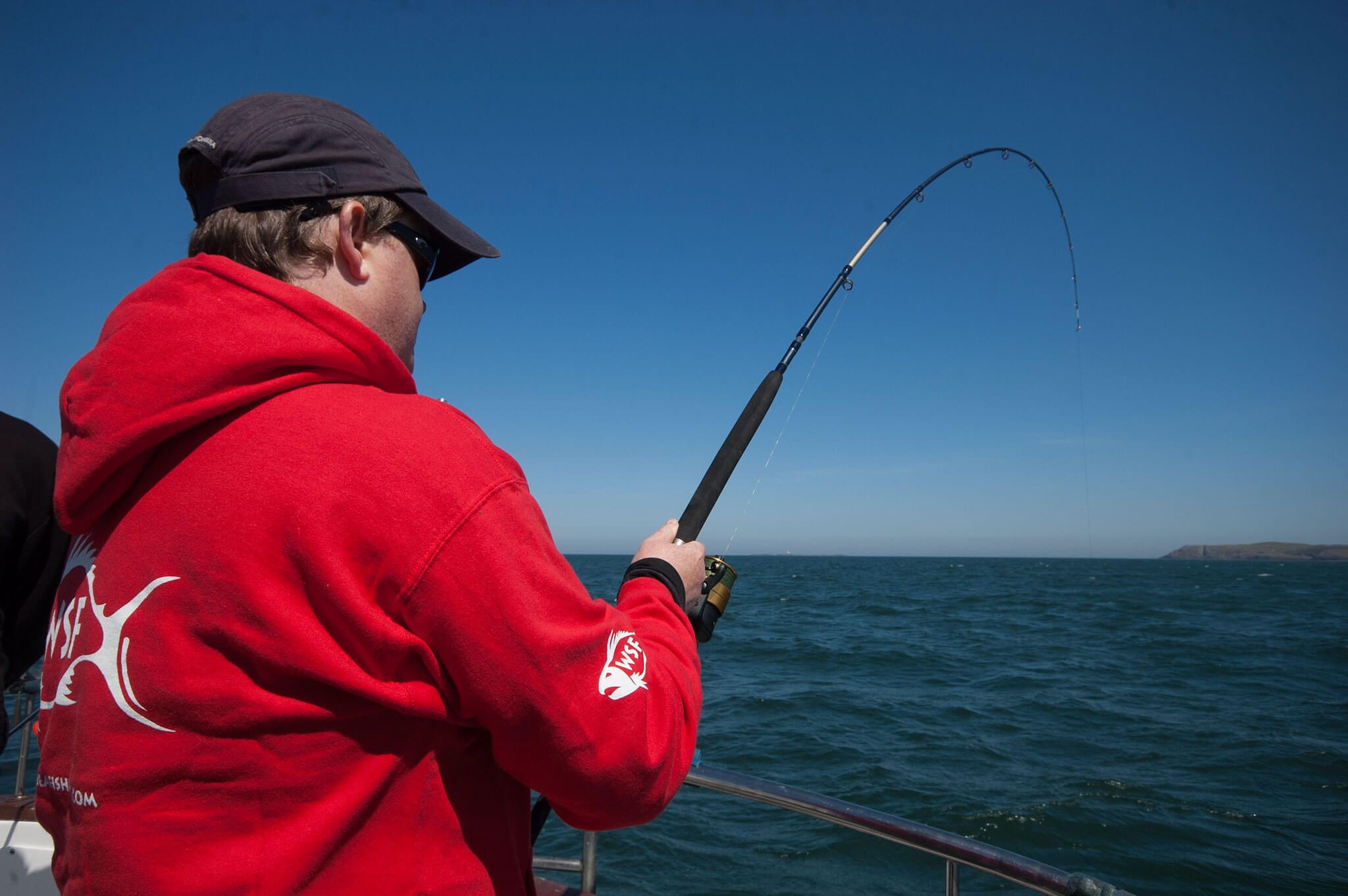 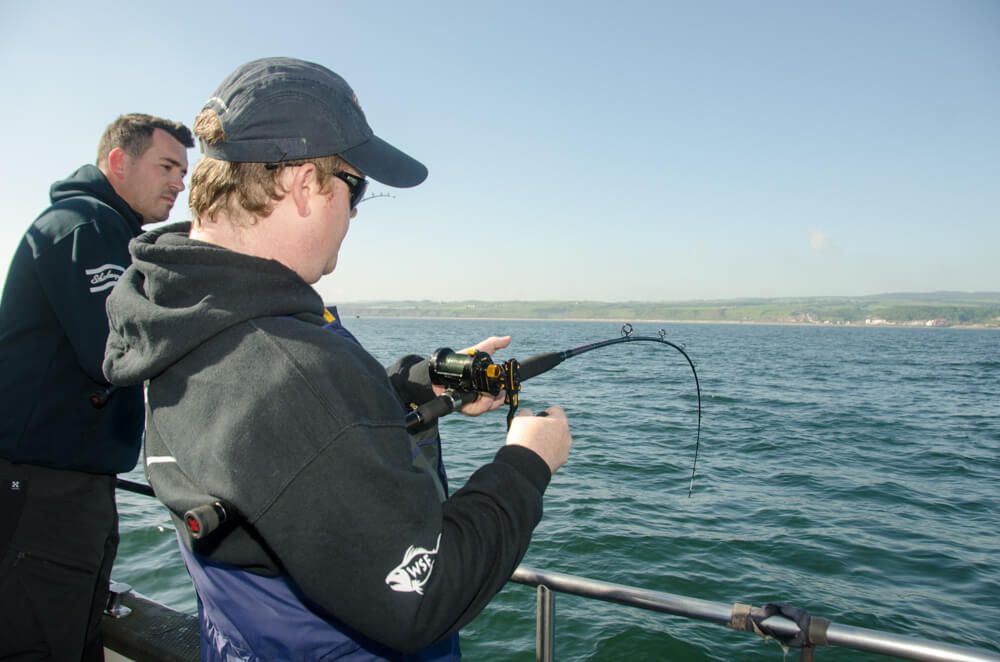 We take the Shakespeare Ugly Stik GX2 Boat Rod out to see if this modern take matches up to the renowned Ugly Stik reputation.