How to make a boat huss squid bait 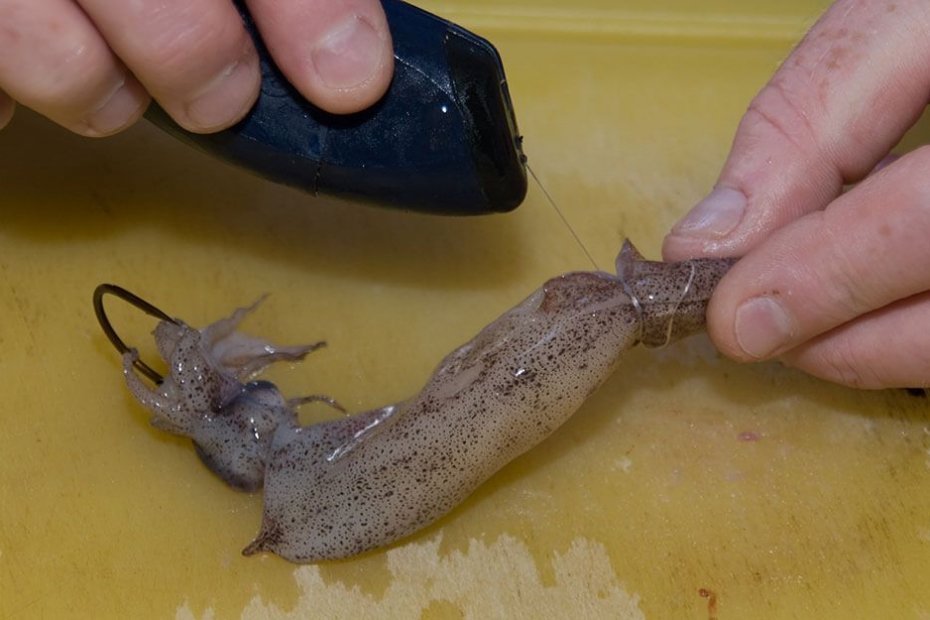 Huss are partial to squid baits and a whole squid is easily eaten by even small huss, but squid tends to pick out the bigger fish whereas mackerel is a small huss bait, generally speaking. 1 – Pass the point of the hook through the skin on one side of the squid towards the tail end. 2 – Now pass the hook down the length of the squid stitching fashion until the hook comes out at the base of the body. 3 – Pass the hook in to the head of the squid and bring it out so that the hook point sits in amongst the squids tentacles. Huss, and other species such as conger, are clever in nipping the head off and missing a hook that’s pushed through only in to the body. 4 – Bind the squid around the body with bait elastic to secure it to the hook if casting, also to stop the squid falling down around the hook point in an unattractive blob. 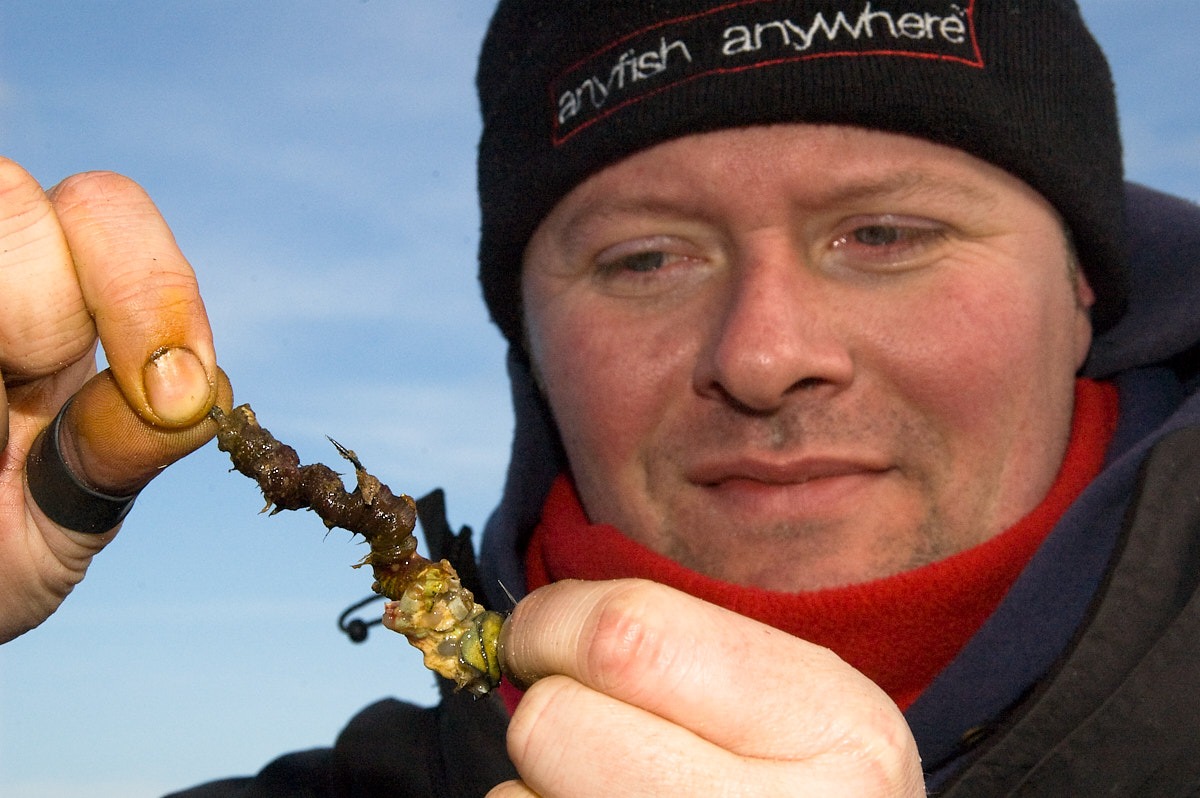 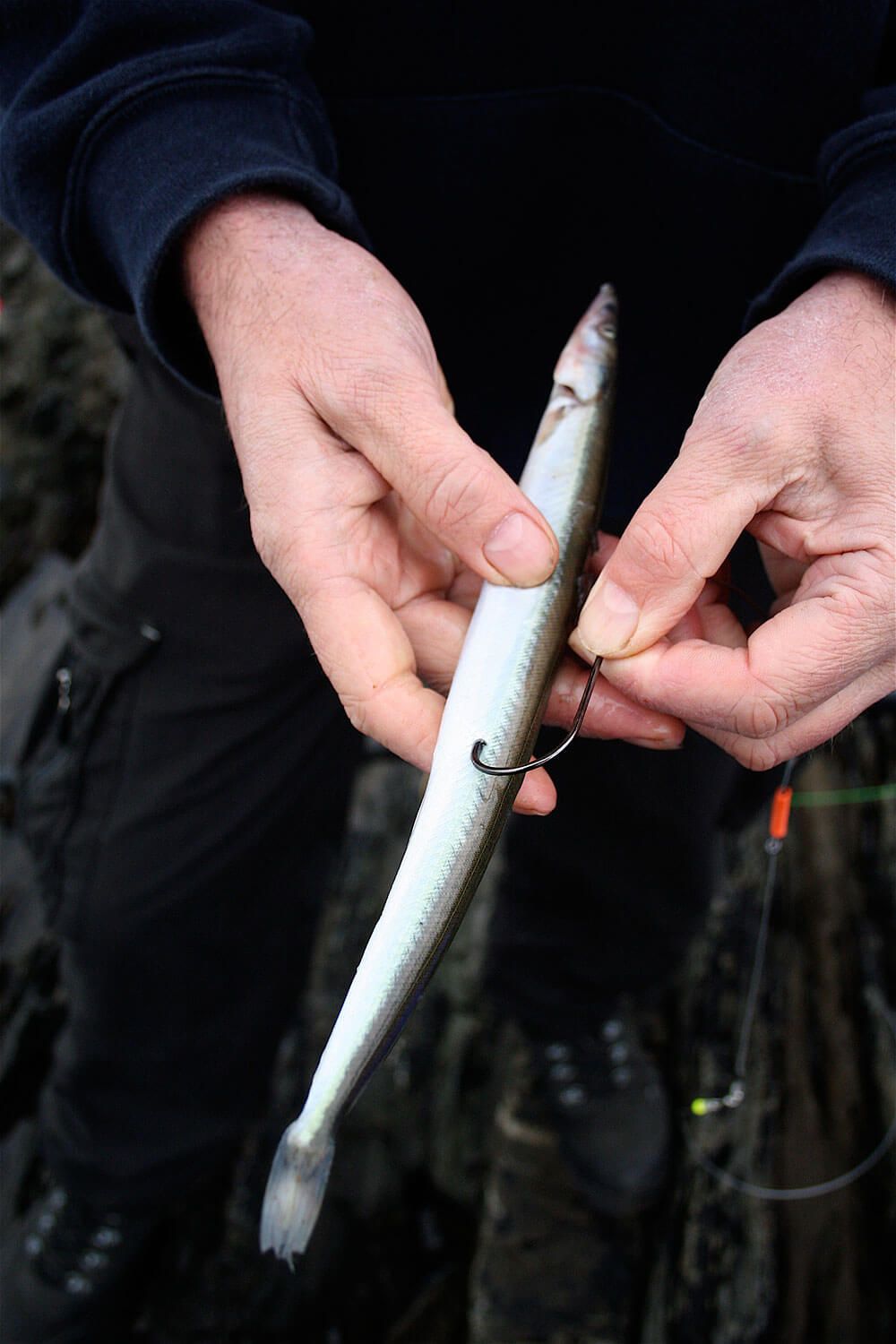 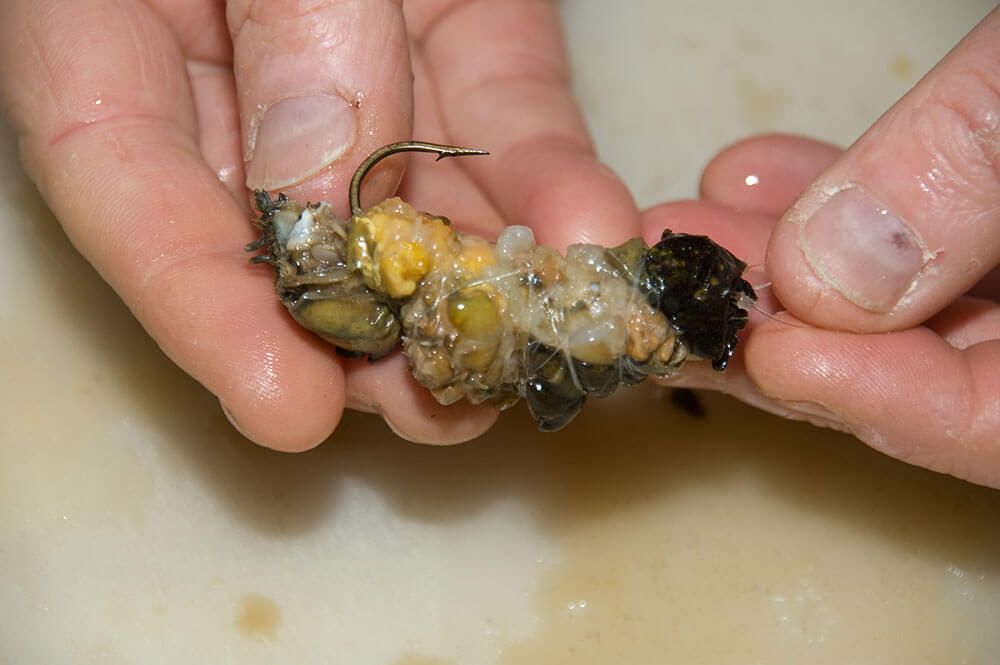