Mark Corps gives us a fascinating insight into the Irish Marine Sportfish Tagging Programme looking at its history and future in sea angling.

A lot of work carried out by organisations such as the Central Fisheries Board goes on quietly, continually and without fuss, the public totally unaware of its existence. One such example is the Marine Sportfish Tagging programme – a world-renowned tagging programme. This highly regarded and successful programme has been carried out for 37 years. Its success due in part to the dedication of the staff running the programme and the help afforded them by Anglers and Charter boat skippers. The later who have always given up their time and help with no direct reward for themselves.

In September ’06, Shane O’ Reilly and I took up posts as Angling Advisors working for the Central Fisheries Board (CFB). The posts had become vacant due to staff retirement. Peter Green was one of the advisors we were to replace. On taking up any new post one is always compared to those that went before. Sometimes this is not a problem, one can quickly and easily shine in ones new role – sometimes one finds that the shoes or in this case waders that one is trying to fill are very large indeed.

Peter had been with the CFB for some time. He started in 1972, officially retiring in 2006 – some 34 years! But as is the man, Peter worked on beyond his retirement date to ensure a smooth hand over of a Marine Sportfish Tagging programme process he had driven for so long and the completion of the 2006 data set.

Peter openly admits that he had always been attracted to the sea; you could say that it was in his blood. His early days were spent growing up in Kinsale. His mother, Peggy operated a charter fleet of 6 angling boats from the Trident Hotel in Kinsale. So Peter had an early and extensive introduction to sea angling.

Peter joined the Inland Fisheries Trust (IFT) in February 1972 as a member of the Angling staff. His home and base for these formative years was the 33 foot research vessel, the ‘Finola.’ The other two members of the crew were Kevin Linnane and Peter Brown. Duties were varied and included deep-sea angling surveys, tuna investigations, bass surveys et cetera. However, the main function was running the I.F.T. Marine Sportfish Tagging Programme which saw the introduction of a tagging project whereby all blue shark were tagged and released.

By the late 1960s, results from sea angling competitions were showing a decline in the capture of some of the most important species such as Blue Shark, Tope, Monkfish, Skates and Rays. At that time, virtually all fish caught by anglers were killed and taken ashore for weighing and photographic opportunities.

As little was known at the time about the biology and migration patterns of these species, the IFT decided to introduce a Marine Sportfish Tagging programme with the explicit purpose of introducing conservation measures and to learn more about the migratory patterns of sea angling species.

This programme was the brainchild of Dr. Michael Kennedy. It was put in place in 1970 by the IFT (whose responsibility was for developing and promoting recreational sea angling) with the help of angling charter boats whose skippers were becoming conscious of the need for conservation due to dwindling stocks / catches. It is important to note that the skippers involved in the tagging programme have always done this on a voluntary basis.

From the start Peter looked after and record all tagged fish. Initially this was relatively easy as at the start of the programme only 6 boats were involved. Stock levels were also somewhat different, as two of the best days tagging saw 40 blues released in one day off Kinsale and 33 in 3 hours off Valentia. This would go down now as a near unbelievable catch!

After 3 years, at the end of the 1975 season the ‘Finola’ was sold and Peter was transferred to a Research Section where he worked for the next 3 years with Dr. Paddy Fitzmaurice, Trevor Champ and others covering a wide variety of duties. Despite spending a great deal of time ‘in the field’ Peter still found time to maintain and record the Marine Tagging Programme.

In 1978 Peter was once more on the move and he rejoined the Angling Section as a Sea Angling Adviser. With Norman Dunlop he served an apprenticeship under the expert tutors of Des Brennan and Kevin Linnane. His role and duties included carrying out off shore surveys, shore angling surveys (producing shore maps), writing articles for magazines, looking after visiting angling journalists, helping out with major angling festivals such as the Dingle Pairs and the Fanore Rock Championships, angling promotions and many more tasks with the angling trade.

At this time Peter was also given the opportunity to expand the Marine Sportfish Tagging programme to cover the entire Irish coastline extending the sampling network to over 70 charter boats. In 1978 Peter and Norman Dunlop further developed the tagging to include an Angling Logbook. Today some 110 charter skippers are involved as well as thirty or so individual anglers in the overall programme, though not all tag.

Between 1978 and 2006 Peter dedicated his efforts the tagging programme and built up friendships, trust and understanding with the charter skippers.

Over the years as in all such projects Peters fish have often done the unexpected and in some cases the downright bizarre.

In Clew bay, a Common Skate after tagging disappeared for some 16 years with no record. It was then caught on rod and line twice within two weeks in the same location that it had been originally tagged. Norman Dunlop recording one of the recaptures!

One of the tagged Blue sharks managed a trick worthy of Harry Houdini. Tagged off the west coast of Ireland, the tag was returned by a Spanish commercial long liner. The tag was apparently taken off a turtle. Other Blue sharks chose to go further a field. Tags have been returned from both North and South America. Another blue shark tag was returned from a magpies nest in Amsterdam .

Peter had varying trials and tribulations during his time in the CFB with birds. On one occasion when working with Norman Dunlop they were doing some ‘product development’ at Silver Strand, South Louisburgh. After days of unsuccessful fishing in the cold and wet eventually Peter found himself attached to something very heavy and strong and making off down current. Norman saw white in the murky water and declared to Peter that he was into a serious skate.

To cut a long story short, after a struggle reminiscent of a Hemmingway tale Peter landed a very large but very dead rotting Swan (not sure of the specimen weight for these!). At least he didn’t need a hand in landing it from Norman who stood on his shoulder gaff in hand!

Peter worked closely with other tagging programmes such as that in the U.K, Spain, France and the U.S.A. In 2002 the Marine Institute financed two bursary students to log up the information on spreadsheets with the final phase of a database yet to be fully completed. The blue shark programme is extremely attractive to many people. With the data set going back to 1970 it is deemed to be very important in the North Atlantic Conservation Project on pelagic shark.

Peter spent some 34 and a half years looking after the blue shark tagging programme. He also covered other species such as tope, common skate, monkfish, ray and bass. As he bowed out from the tagging programme that was so much of his careers work he simply stated that

‘I hope that all my efforts will be of use to future conservation programmes.’

To date some 37,500 fish have been tagged (including 17,500 Blue Shark). As such this is the second largest Marine tagging programme in the world (only bettered by that being run in the USA).

And so the future. The programme is now well underway for 2007. Some 110 skippers plus 30 anglers will be involved this year. At present the CFB are looking into expanding both the number of skippers and anglers involved in the programme. The data is being used by a number of researchers and it is hoped that more papers will come out in the near future. The future looks bright!

Without the dedicated voluntary help of all the charter skippers and some individual anglers both the tagging and angling logbook programmes would not have been possible and we owe them a huge thank you.

TAGGED FISH
Tags are attached to a variety of Marine Fish around the Irish Coastline. If you catch a tagged fish please send details of the location (as accurate as possible) of recapture, date, time and method.

As well as this if you intend to release the fish please record the details on the tag number. If possible also weight (estimate if no scales available) and length (from tip of snout to end of tale) of the fish as well as method of recapture.

If you have killed the fish, please remove and return the tag to the address below with details of weight, length and method of recapture.

REWARD
All fishermen returning a tag and recapture details will receive an ‘Irish Marine Sportfish Tagging T shirt.’ They will be provide them with as much information as we have on the fish that they caught. This will include time / place of original tagging, days at liberty, distance covered et cetera. 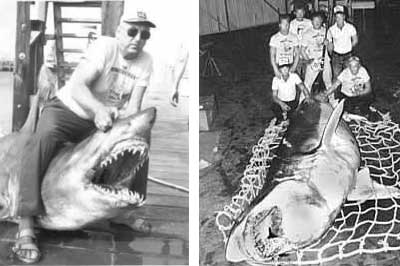