The Penn Clash reel series were introduced to journalists and magazine editors from around the world by Penn at a special and highly successful three-day event in Costa Rica during December of 2015. With hard fighting roosterfish, jack crevalle, rock snappers, and of course marlin to be caught, it was the ideal location to pit the reels against fish with the ability to fully test the design capabilities. And, as a company, you don’t do that unless you have full confidence in the product. Two and a half years on, and the Penn Clash is still going strong, outwitting some of the biggest species across the globe.

Its an often used phrase that a reel is “packed full of features’, but the Clash actually is, and what we at Tackle Guide wanted to do was to investigate in detail each separate feature to highlight just what the Clash series offers.

The Penn Class is based around a full metal body, this means there is no twist or distortion when the reel is under full drag pressure and maximum stress with the gears remaining in full and true alignment when under the heaviest of loads.

The main gear is aluminium/brass with a brass pinion gear, super strong, but also strategically drilled to reduce overall weight. The gears are precision cut and ultra strong but do not feel harsh during the retrieve. If you compare reels some will feel smoother and slightly less harsh when compared side by side. Frankly, we can live with the little harsher feel of the much tougher deep cut precision gears on the Penn Clash and prefer the confidence they breed.

The drag is based on the proven HT-100 drag but is further enhanced by the introduction of a special Phenolic bonding agent impregnated into the drag washer material that prevents premature breakdown of that material but also forms a barrier to water. This all combines to give an incredibly low inertia drag that sees no hesitation when a fish demands line, just a silky smooth surrender of line that is a massive advantage in landing large, fast running fish. The drag also offers a wide arc of increasing power that can be finely and incrementally adjusted to suit a wide variety of line breaking strains and drag pressure. The 3000 and 4000 sized, for example, can happily be loaded with 6lb mono or 20lb braid and have the drag adjusted accordingly.

Another important feature is the Superline spool system. This produces a balanced slow oscillation that results in a near perfect flat profile line lay that aids long range casting, but also gives clean release of line off the spool when the drag demands it. You can also add and remove washers on the spool to get the absolute line lay when fishing with specific lines, though we found this unnecessary.

The centre of the spool spindle has a roughened circle that allows braided lines to be loaded directly on to the spool without fear of line slippage under heavy pressure. The spool also features line capacity rings. These are designed so that the angler, at a glance, can check just how much line he has lost to a large fish. These are in full, 1/3rd and 2/3rd increments. The rings can also be used when loading the reel as you can use a ring as a focal point when loading say mono as an undershot, and braid as a top shot so that you get the line level exactly right. Although we trust the etched spool centre, we always prefer to have a few yards of mono as the base under braid here at Tackle Guide UK to fully spread the load of the braid. Old habits die hard!

Other features include an oversize bale-arm, an infinite anti-reverse that eliminates back play of the rotor, and instant screw turn drag adjustment.

What’s really impressive about the Penn Clash reels is the drag pressure you can apply. Here in the UK, most bass lure anglers would be choosing either the 3000 or 4000 sized reels. The 3000 and 4000 are quoted with a drag capability of 15lbs, and we can vouch for that with the drag screwed up near tight, it takes one heck of a lot of pressure to get line leaving the spool. The bigger 6000 reel sports a drag pull of 25lbs, and the 8000 offers 30lb of direct drag. Pretty impressive! If you’re thinking of a big fixed spool to fish into really rough ground for big cod for instance with heavy braid with a drag that gives no quarter, then this reel will do the job.

Ok, so we now know what makes the Clash reels tick, but what was our assessment after fishing with them?

We had a 4000 model which we used for bass plugging and mullet fishing. We loaded it with 20lb Spiderwire Dura Silk with a short Fluorocarbon leader. Loading the braid to just shy of the spool lip we experienced no early wind knots in the braid when casting directly into a fair headwind, but achieved easy long-range casts even with relatively light lures. Paying particular attention to the line-lay, it proved neat, flat and perfectly profiled.

Under heavy direct load when we hooked up into clumps of weed, the retrieve was smooth and pretty effortless. What did stand out was the drag. When a decent mullet decides its time to run, then there’s little stopping it and we were very impressed by the minimal pressure needed to see the drag give line on demand without any hesitation. In fact, we’d go as far to say, that the drag on the Penn Clash is as good as we’ve come across against any competitor reel in its price band.

We’ve also used the reel offshore over shallow reefs for pollack and bass working soft plastics and it’s taken all in its stride. That drag really makes a good pollack work and saps its strength efficiently with minimal fear of a light hook hold tearing free, which is often the case when a drag needs a lot of pressure to get moving.

Also apparent when fishing is the lightness of the reel. The Penn engineers have taken every opportunity to reduce weight where possible without compromising strength, and this is instantly noticeable when you pick the reel up, but also in the balance of the reel on the rod. This is important in many fishing situations, but especially so when lure fish and continually casting and retrieving where after time fatigue becomes a factor.

We have found one issue, and that is that the retaining cap on the non-handle side can sometimes work loose during a long session. Make sure this is fully tightened before every trip. A small, but annoying thing.

In Summary
Our final thoughts then. A tough, silky smooth reel, with an incredibly efficient and powerful drag that size for size, will subdue anything it targets. The reels are well built, light in weight, with a superb line-lay that facilitates long range casting. What’s more the reel got inadvertently submerged by overzealous wading without a problem, which is a big bonus point for us. We rate the PENN Clash highly. It oozes quality with high-end performance and reliability and has become a firm favourite with all of us at Talk Sea Fishing.
Performance
90
Looks
70
Fishability
90
Value for Money
80
83 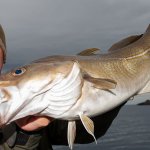 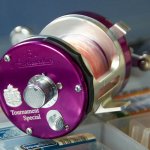