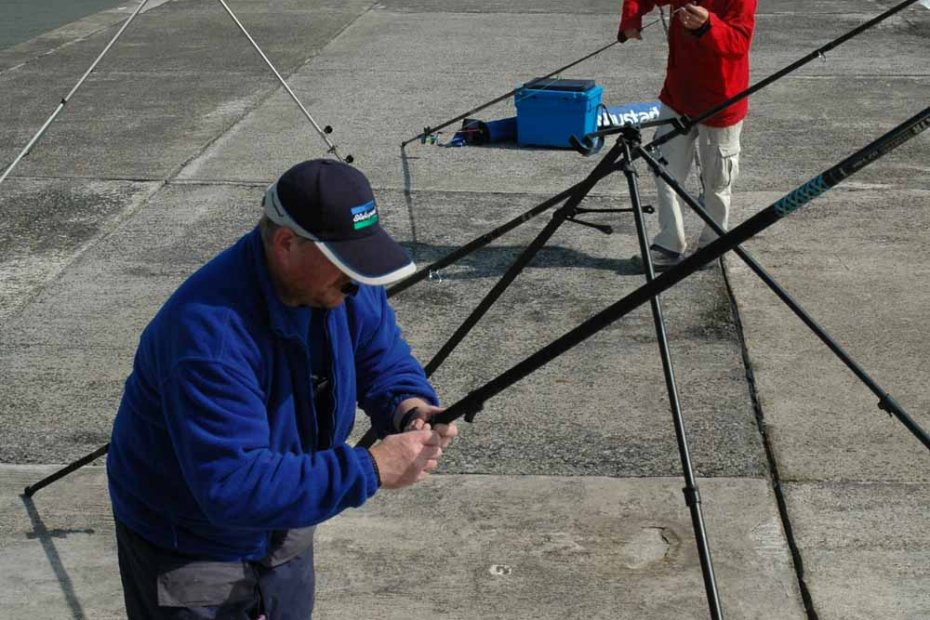 A large proportion of sea anglers start their careers at the end of local pier. Yet, many never achieve the catches they should from these structures, simply because they fail to understand the basics and develop in built mistakes that cost them fish. Those same mistakes can last a lifetime.

There are plenty of piers spread throughout the UK, and it’s worth taking the trouble to learn something about pier techniques that allow you to take full advantage of them when the opportunity arises. Ignoring piers as occasional fishing venues sees you miss out on excellent potential. FISH HOLDING FEATURE
The most common mistake you see made by pier anglers is to cast. Sea anglers generally suffer from the misconception that the most fish and the largest specimens lay further out in deeper water. They assume that the further out from shore their baits are, the better chance they have of catching something worthwhile. Wrong! In a nutshell, fish are where the bulk of the food is.

The normal tidal action found on piers will be a lateral one, ie, it comes from side to side. This lateral action scours out a gutter or trench around the pier supports that usually runs the full length of the pier. Inevitably, mussels, limpets, and seaweeds become attached to the supports and form the basis of fishes interest. Sanctuary is another factor.

This constant scouring action also creates deep sandy pools, rocks and boulders are exposed, and flotsam and jetsam collects. Small fish shelter in the deeper pools, and crabs make their home under the rocks and general debris.

Add to this already attractive food supply shoals of sandeels swimming around the supports, pout, rockling and poor cod running the full length of the gutter, plus small pollack, coalfish, dabs, eels etc, and you begin to realise that unless their is special feature that warrants a short cast, then the best place for your bait is as close to, preferably into, the actual gutter, or at least around the supports under the pier where the food and general activity is centred.

Don’t instantly assume that the end of the pier is THE place to fish. More often, the middle section proves the best bet being more sheltered from the main run of tide.

Regards actual fish location, expect conger to be resident in the deeper water in amongst boulders and scoured out rocks, usually towards the piers offshore end. Coalfish tend to also be resident hereabouts, especially over broken ground. Inside the gutter and on the seabed dabs, codling, flounder, bass, strap conger, and dogfish will be feeding.

Higher up towards the surface, but still tight under the pier will be mackerel, bass and mullet. Mackerel like to sit in the tide run created as water rushes past the piers extreme end. Bass prefer to hunt the inner sections for pout, sandeels and smaller mackerel. The mullet prefer feeding amongst the weed growths around the supports.

Sandbanks within a few yards of the structure should see plaice, whiting, dabs, and possibly sole resident. The only time casting should be considered is when there is a chance of thornback ray laying over clean ground directly out from the piers end. TIDES
Watch ten anglers walk on to a pier and nine of them will make for the downtide side. They have learnt that fishing the side that the tide hits first costs them tackle because it gets swept under the supports and becomes snagged. Maybe they’ve lost good fish here also as they made the safety of the supports breaking the anglers line in the process. On the face of it this seems a logical approach, but the reality is quite different.

The tide sweeps food before it. This food gets swept into the gutter to swell the already ample food supplies. As we’ve already seen the fish are concentrated inside the gutter. Any bait lowered to the seabed from the downtide side sees the scent trail swept away from the feeding fish. Very few fish will be caught like this.

Wise anglers fish from the uptide side of the pier and use enough lead to keep their baits on the topside edge of the gutter. This way the scent trail performs to a packed out audience. Okay, you lose some tackle and a few fish, but your overall catches will quadruple.

It’s hard to categorize specific feeding times during tidal runs due to the wide variety of species and much depends on whether the pier has permanent deepish water under it’s feet, or if the gutter dries out at low water.

Generally, with a fairly static depth expect conger around low and high water slack and to do the bulk of the feeding during neap tides at night. Codling like some tidal run and should be sought during the bigger spring tides. Whiting follow the same pattern. Flatfish will feed on the neaps and slack water periods. Bass desire bigger tides as do the mackerel.

Piers that dry out around their base fish best during the middle hours of the flood, mainly for bass and flatfish only. Ebb tides are often very poor. Mullet are a permanent resident on both types.

Night tides are best for all species except mackerel and mullet. High tides in the early evening can be good with fish moving in to mop up the tourists food scraps. The hour just prior to dawn is another special time. Daylight tides can give plaice, plus mackerel and mullet, but permanent passers by tends to slow the fishing right down.

TACKLE
Pier tackle is always a compromise. The best pier anglers do not use what are commonly described in tackle catalogues as pier rods. Normal 5-6oz beachcasters are favoured for their bite detection, and wisely, the extra length. A 12ft rod helps keep fish away from those pier supports.

It’s not critical whether you choose a multiplier reel or a fixed spool, but what is important is the gear train. Choose only reels with big, strong gears like ABU 7000’s, 9000’s, Penn’s etc, and the bigger fixed spool reels.

Reels should be loaded with 20 to 25lb breaking strain, even when few fish over 3lbs are expected. Should a decent fish be hooked it will have to held in the tide, away from the supports, until it tires and can either be lifted, or worked towards a drop net. Heavy main line also allows bigger fish to be hauled up hand over hand when fishing alone. RIGS
Remember that most of the fish you are trying to catch are feeding inside the gutter and hard on the seabed. Standard two and three hook beach rigs are not the best choice because they present one or two of the baits too high up in the water for consistent catches.

Use only flowing trace rigs, either armed with one hook for bigger fish, or two hooks for flatfish, etc.

The best rig for all species, except conger, is built as follows. Take 3ft of 60lb mono and tie a swivel to one end. Now tie in a blood loop to take the hook length, or add a bead trapped swivel, but leaving just enough line below the loop or swivel to tie in another loop using two overhand granny knots. A very short length of weaker 12lb line is attached to this and takes the lead weight. If the weight gets snagged only this will be lost.

The hook length needs to be 20 to 30lb breaking strain and some 2 to 6ft long for a single hook, or for a two hook trace take a 5ft length of 20 to 30lb line, tie a 2ft loop in the end cutting the loop to leave a short upper hook length about 6ins long and the long end about 18ins.

Hooks need to be strong to cope with lifting fish through mid air. Try Kamasan Aberdeen’s for flatfish and whiting, smaller Viking patterns for codling and bass, and O/Shaughnessy ‘s for the conger.

A conger rig should have a swivel slid on to the main line by one eye only and then tie on another strong swivel. Add 2ft of 100lb plus line to the tied swivel and then the hook. The sliding swivel again has a very short length of weak line to take the weight which will snap free when snagged.

The mullet will take floatfished baits in areas where the tide run is reduced. Try a freshwater waggler pattern well shotted so that the floats tip is only just above the water. Experiment with bait depth. A lighter spinning rod and reel will be needed for this.

Feathers and spinners work for the mackerel, but the float gear is more fun. You’ll also pick up odd garfish in southern quarters too.

BAITS
All the standard shore baits work, but spend more time fishing peeler crab and mussel. Conger are partial to a fresh pouting fillet, as are bass. King rag often proves a good bait for daylight plaice. Whole small pout, rockling or whiting may take a double figured cod or bass for the patient angler. Mullet like mackerel flesh with no skin attached.

TIPS
Providing your safety is guaranteed, piers can fish superbly well for big cod and bass during storms. The agitated water breaks off and smashes mussels and exposes worms and crabs.

You’ll lose fish by the hook tearing free if you bring them straight up to the surface and let them splash about against a tight line. Get hooked fish away from the seabed, then let them tire themselves out in mid water before bringing them to the surface for landing.

When bites are few and far between, keep lifting the weight and trace off the bottom a couple of feet and then letting it fall back slightly downtide from the original point. This movement can induce fish to take. Changing to a slightly lighter lead sweeps the bait further
underneath the pier.

Always tie your rod to the pier railings. Many rods have been lost by being pulled over the side by relatively small fish. 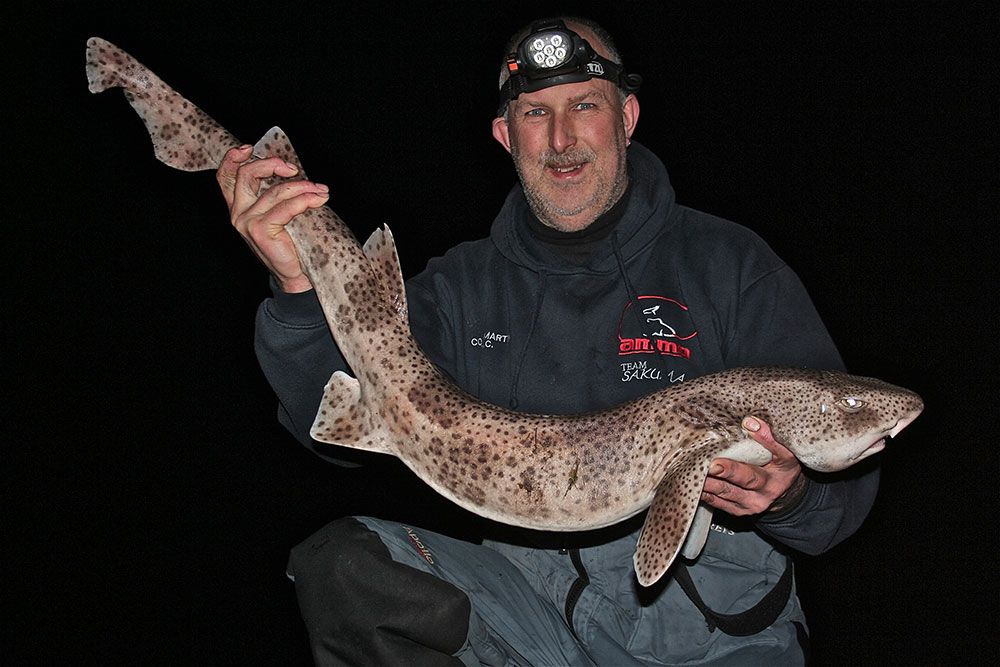 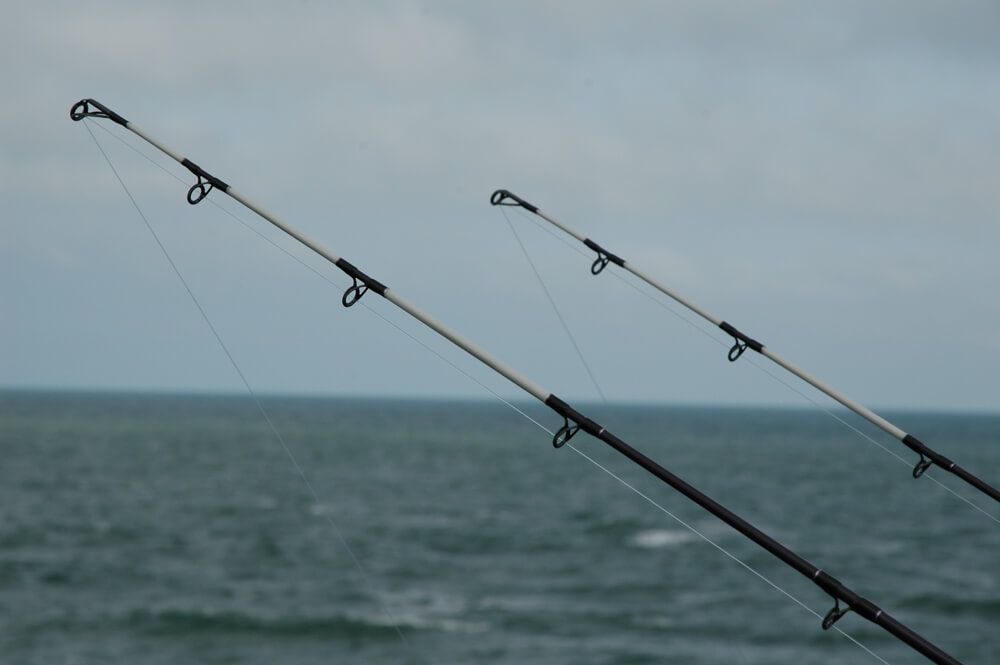 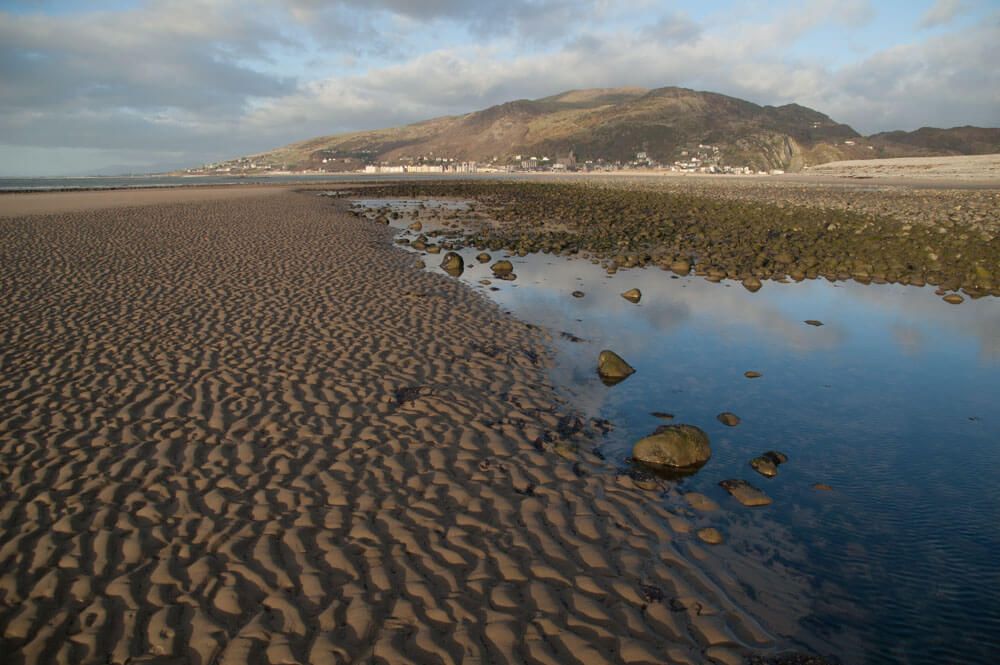