Home / How to Sea Fish / Species Tactics / How to catch plaice

How to catch plaice 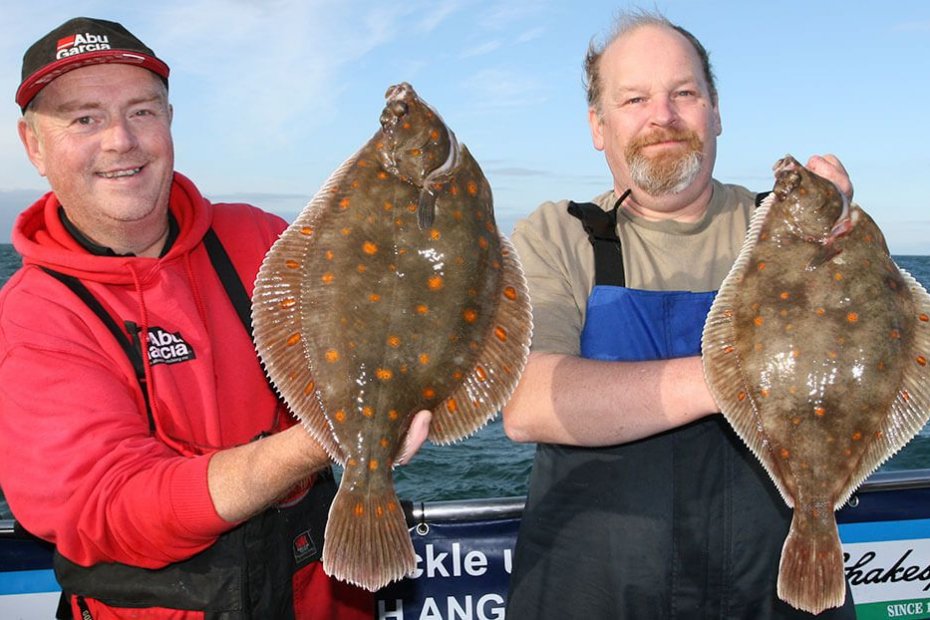 An in-depth guide to plaice fishing looking at the tackle, tactics, when and where to catch them from the shore and the boat.

Plaice are commonly confused with flounder due to both having orangey yellow spots evident on the back, though generally on the plaice the spots are much more vivid. That said the best way to identify plaice is to look for a series of 4 to 7 boney knobs running backwards from between the eyes towards the pectoral fin. These are missing on the flounder which instead has raised sharp prickles above the pectoral fin.

The back of the plaice is typically light to medium brown with vivid orange spots. The belly is pearl white. Occasionally the belly can be pock marked with darker blotches.

Plaice spawn in the January to March period, usually in water over 30-metres. The eggs float in the surface layers hatching usually between 10 and 20 days later. The larvae and post larvae live in the surface layers for another 4 to 6 weeks, at which time one eye migrates to the right hand side and along with other body changes the plaice becomes a flat bottom dwelling fish measuring roughly 3/4 inches.

Female plaice become sexually mature at 3 to 7-years and males 2 to 6-years. They can live to be 30-years old.

Their diet consists of brittle stars, worms, crabs and shellfish such as razorfish and mussels, plus they are adept at nipping the siphons off sand clams while they siphon nutrients from the water. They can also be formidable predators and will eat sandeels and also occasionally have been found with sprats and gobies inside their stomachs.

How to catch plaice from the shore

When and where to fish for shore plaice

Plaice are found all around the UK and Irish coast, also as far south and including the Mediterranean, and to the north throughout Norway to Russia, all around Iceland and off the southern tip of Greenland

The UK season for plaice kicks off in the south and west as far north as the Scottish border around the end of February, but a month later in the east and off the Scottish coast as a general rule. The early fish are thin, but soon feed up and by late May are fat and healthy. They stay inshore until about October and then move out in to deeper water.

Beach plaice are best fished for during the bigger spring tides as the fish are more active then and will feed more eagerly. Estuary plaice can be different and prefer to feed more frequently when the tides are smaller and the tide run less fierce.

In all areas the majority of plaice are caught during broad daylight, though occasionally the odd plaice is caught at night. They particularly like clear seas with minimum colour and good general clarity.

Beach plaice tend to concentrate over sand and shingle beds, but can also be found on mud mixed with sand. They also like seed mussel beds at the mouths of estuaries and muddy channels where weed covered rocks form the estuary sides.

On beaches, long-range fishing will give you your best chance of catching so choose a standard 4/6oz beachcaster about 13ft long, match this to a smaller ABU 6500 sized multiplier or Daiwa 7HT type and fill it with 15lb line, plus a 60lb shock leader. Alternatively, a longer European style rod some 15ft plus in length and a fixed spool reel again carrying 15lb line will gain you more distance if your casting still needs a little work

In estuaries, a lighter bass rod about 11ft 6in casting 2/4ozs is ample matched to a smaller reel like an ABU 5500 C3 CT. 12lb line is often enough in this situation with a lighter 30lb leader as the leads will be between 1 and 3ozs, plus long-range casting is not normally required.

How to build a shore plaice attractor rig

2 – Slide on a Breakaway Impact Shield followed by a 3mm rig bead and crimp. Crimp this in place above the lead link leaving about 1½-inch for the Shield to slide in.

3 – Slide on a rig crimp, a rig bead, a size 10 swivel, another bead and a crimp. Leave these loose for now. Finish the rig body with a size 4 rolling swivel.

4 – The hook trace is a 24-inch length of 20lb line. Slide on alternate yellow and black beads three of each and tie on a size 2 Kamasan B940 Aberdeen hook. Above the beads tie on a Powergum stop knot to stop the beads sliding up the hook trace during the cast.

Follow our guide on how to make shore plaice attractor rig in our sea fishing rigs section.

A great plaice bait is to cut the body of a peeler crab in half and bind this to the hook with elastic, then add a long slice of squid to the hook to give the bait movement.

Other top baits for plaice are fresh blow and black lugworm, ragworm, fresh mussel, sand clams, razorfish and white rag if you can get it. They also take fresh sandeel and squid strips when these baits are fished on the drift with a plain bomb.

How to catch plaice from a boat

When and where to catch plaice from a boat

Plaice inhabit waters all around the UK and Irish coast, but are also found northwards throughout Norway to the Russian border, all around Iceland, and off the southern tip of Greenland. They also inhabit the western coast of Europe as far south as the Mediterranean.

The UK and Irish season is typically from mid to late February when the plaice return inshore after spawning, right through to November, but the plaice are in prime condition from June onwards. The biggest plaice tend to show in August and September, generally speaking. Smaller plaice can be caught all year round.

They favour offshore sandbanks and can be found resting on the inclines of the banks, typically at the base and in the middle of the rise, but occasionally on the top of the bank. They prefer sand, or a mixture of sand and shingle, but will also live over fine shingle and shell grit, also seed mussel beds. The most famous sand banks for plaice are The Skerries off Dartmouth and The Shambles off Weymouth, both marks that produce large numbers of big plaice.

Plaice can be caught on all sizes of tides, but often offshore the smaller neap tides produce the better fishing as the drift of the boat will be slower and the presentation of the bait to the fish better with the fish able to catch the bait up more easily and pounce on it as it passes by.

Dinghy anglers should also look at the mouths of smaller estuaries where plaice often sit on the sandbanks leading in to the main channels. They also favour mussel beds and bigger plaice offshore also tend to lay up on cleaner sand surrounded by rocks, and such marks will often produce specimen sized fish. The edges of reefs that feed on to clean sand are also good places to try.

It pays to fish light for plaice as the bites can sometimes be delicate, plus light tackle maximises the fun with the smaller fish

In most areas, a rod about 8-feet to 8ft 6ins in length and rated 6/12lb class is perfect. This should have a supple tip for bite detection, be light in weight to be held all the time, but with power in the middle section and butt to control the fish as it comes up through the water column. Match this to a small 6500-sized multiplier reel, or one of the low-profile 60-sized multipliers, which are very popular with plaice anglers currently. Load the reel with 12 to 15lb braid and use a Fluorocarbon leader of 15lbs a third longer than the rod.

A growing number of anglers prefer to use one of the modern soft-tipped rods of 9 or 10-feet in length. Good examples are the Shakespeare Agility Tipster or the Grauvell Etna 300. Good reels for these rods are 4000 or 5000 sized fixed spool reels, such as the Penn Conflict, Penn Spinfisher, ABU Soron, or equivalent Shimano or Daiwa reels. These need to be loaded with 10 to 15lb braid, but again add a Fluorocarbon leader a third as long again as the length of the rod.

When drift fishing, and especially when the boat drift speed is fast, the ultra soft tip allows the bait to stay static that second or two longer when you retrieve line, but also increases bite detection which can result in extra fish when fishing at long range.

There are many varied rigs for plaice, but keeping it simple is the best approach. A simple sliding ledger rig often being the most effective. Plaice are attracted to colour and movement and adding beads and spoons will increase the rigs effectiveness when targeting plaice on the drift.

How to build a simple boat plaice drifting rig

3 – Slide on 5 or 6 coloured beads. Good combinations are green and black, and yellow and red.

Follow our guide on how to make a simple plaice drifting rig in our sea fishing rigs section.

How to hit plaice bites

Plaice show on the rod tip initially as a series of short rattles. When this occurs be prepared to release up to 20-feet of free line from the reel. This stops the bait and allows the fish time to fully take the bait and hook into the mouth. After a few seconds, flip the reel into gear and simply allow the line to come tight to set the hook. There is no need to strike!

Plaice typically like a combination of baits. A good one is to thread on a blow lug, or a 4-inch section of black lug. Now thread on a whole king rag about 5 or 6-inches long and leave about 2-inches of the rag tail free to wriggle to add movement. Finish with a long 5-inch sliver of squid cut thin to again give movement. A thin sliver of white mackerel belly can also work well.

Another good tip is to add a section of ISOME sandworm or GULP ragworm or lugworm to your combination baits. The small amount of amino acid in these artifical baits leaching in to the natural scent can often trigger a bite you might not otherwise miss. 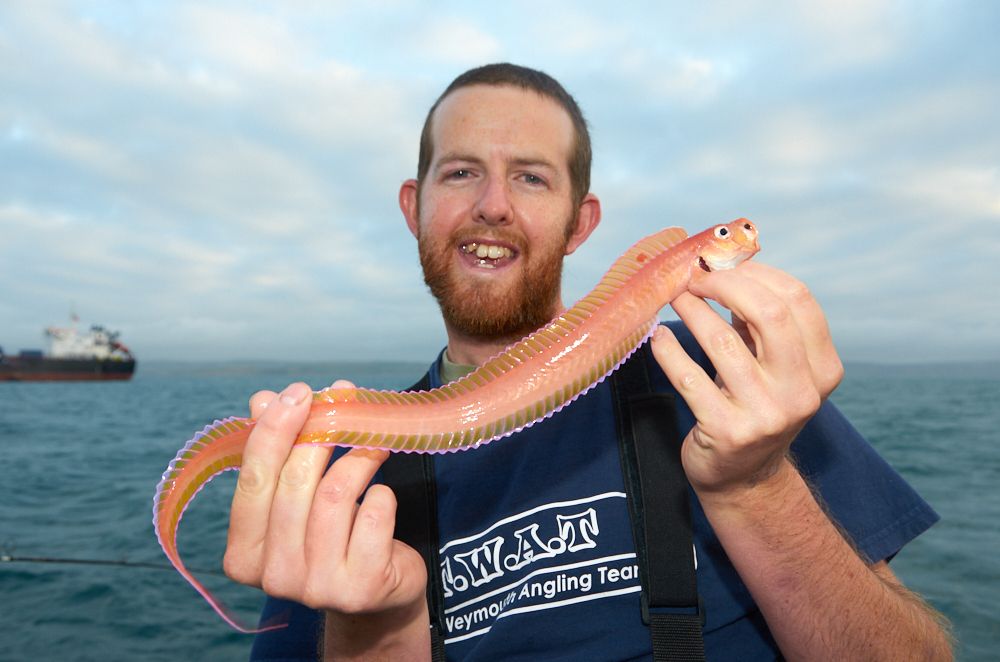 How to catch red band fish

The Talk Sea Fishing guide to catching red band fish, high on the species hunters list, we look at the tactics used to catch them. 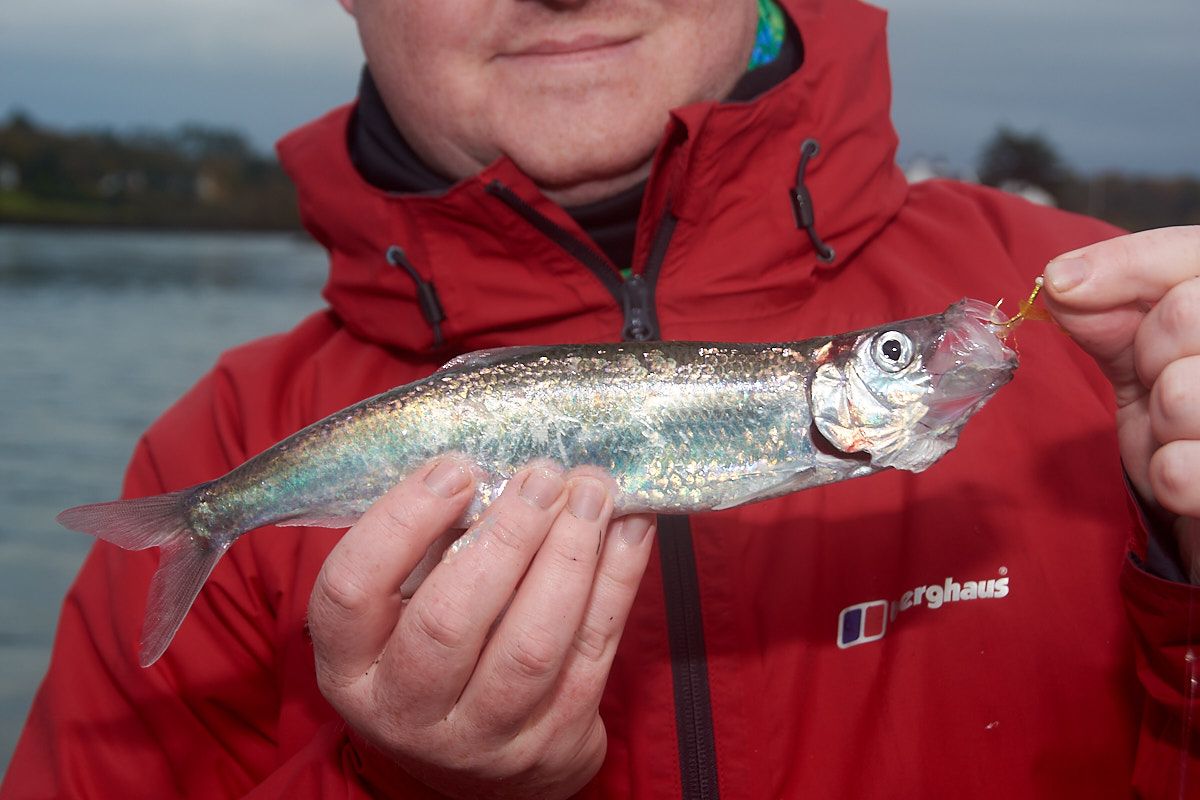 How to catch herring

The Talk Sea Fishing Guide to catching herring, not a common species anglers go out and deliberately target but it is great for eating, a decent bait and a nice have on the species list. Check out our guide for catching them from the boat and shore. 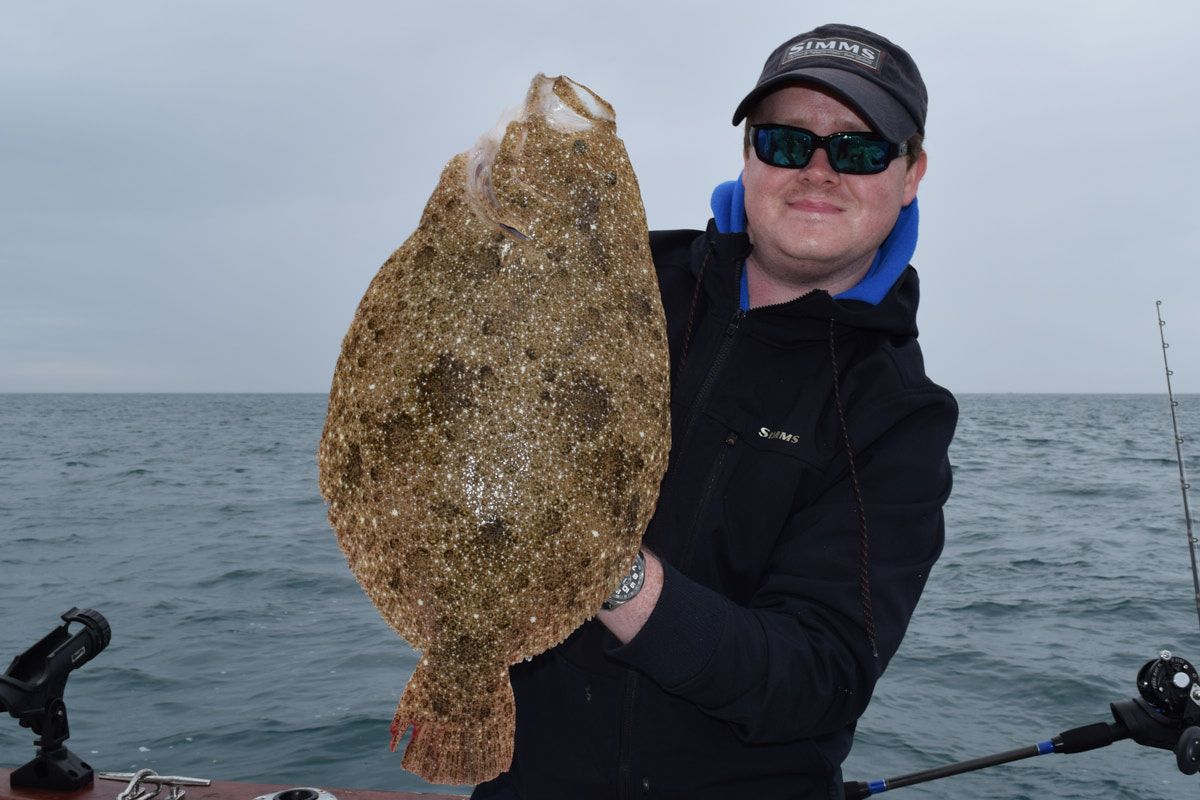 How to catch brill

The Talk Sea Fishing How To Catch Guide on brill fishing. We take a look at the tactics, techniques and locations to catch yourself a brill.