For those of you who frequent social media and forums, John Mason will be a familiarity to you. His fishing reports and exploits around the whole coast of Cardigan Bay are well known. With a lifetime of experience fishing the local area, who better to put all of that knowledge into creating a book dedicated to shore angling in Cardigan Bay than John himself.

Shore Fishing – A Guide to Cardigan Bay is an easy to follow guidebook written by Borth resident John Mason and published by Machynlleth based Coch-y-Bonddu Books, who specialise in the publishing, distribution and sale of angling and country books.

The book is divided into several sections that cover responsible sea angling, a shore fishing overview of the area, a detailed guide to tackle and bait as well as an excellent section on wind, weather and tides. The book then moves to describe the fishing grounds of Cardigan Bay and how they were created, a grand tour of the fishing marks of the bay from South to North as well as a detailed fish species guide.

The tackle section looks at everything from rods and reels to lines and hooks that you are likely to need for a shore fishing trip to any mark within Cardigan Bay. Covering basics for the newbie angler as well as those more advanced from ledgering tactics to lures, float fishing and also saltwater fly fishing. There is also a very handy section focusing on cameras for anglers who like to record the moment of a great capture or the many spectacular scenes we anglers’ witness. Also included is a section on bait, looking at which baits work well in the local area and at what times of year.

This is no ordinary guide book and not only does John explain the tackle that is required for the area but he also explains about the tide and weather and how this affects the fishing directly in Cardigan Bay. John covers in detail wind, temperature, storms as well as some good information on forecasting the weather for yourself. He goes into detail on tides explaining the difference between neap and spring tides and whether ebb or flood tides are the best.

Being a professional geologist by trade, John dedicates some pages to the geological history of the bay, a fascinating read by itself that beautifully ties in with the rest of the book. Setting the scene for the angler to understand the topography of the seabed they will be fishing and why Cardigan Bay has such varied ground and fishing. John explains in detail the different fishing grounds in the bay including steep shingle beaches, mixed ground, deep rock marks, reefs, estuaries and man made structures.

The next section of the book focuses on the Cardigan Bay “Fishing Tour” – a grand tour from Ramsey Sound in the South to Bardsey Sound in the North. The entire coastline is split up into four zones compromising the South West, South Central, North Central and the North West areas of the Bay. Each section is written as a rolling tour of the area describing each mark in turn, the likely fish species and successful tactics. It is refreshing to read a guide where the author has clearly fished the marks he is describing rather than recounting what others have identified and experienced. Little details such as paths and descriptions of how many platforms are fishable on specific rock marks all add to an enjoyable narrative of the Cardigan Bay Coastline. This section is well illustrated with stunning photographs from many of the marks and locations mentioned.

After the grand tour of Cardigan Bay marks, John moves on to describing the various fish species you are likely to encounter in Cardigan Bay. Detailing the fish themselves, their habitats as well as the best baits and tactics used to catch them. Also included in this section is a very handy and clear FISH ID Guide, which will help any angler identify the fish they are catching.

CONCLUSION
We were pleasantly surprised when we read this book. We thought it would just be another guide written about a multitude of marks in a specific area with some generalisation on how to fish them and what to expect. We were wrong.

The book covers a whole lot more than just marks. Whilst the book is called Shore Fishing: A guide to Cardigan Bay – a lot of the topics discussed are relevant to all areas of the UK and anglers everywhere. It is an excellent guide to the tactics and fish species available in the area. It also covers other topics useful to the angler that other guidebooks struggle with, such as the geological history of the bay. Allowing the angler to fully understand the ground they are fishing and how it was formed.

The narrative as John moves from one end of the bay to the other is entertaining, fun and factual and is an inspiration to read for any budding angler looking to explore the Cardigan Bay coast. All in all a thoroughly enjoyable read that covers the tactics, fish and marks in Cardigan Bay beautifully.

The book covers a whole lot more than just marks. Whilst the book is called Shore Fishing: A guide to Cardigan Bay – a lot of the topics discussed are relevant to all areas of the UK and anglers everywhere. It is an excellent guide to the tactics and fish species available in the area. It also covers other topics useful to the angler that other guidebooks struggle with, such as the geological history of the bay. Allowing the angler to fully understand the ground they are fishing and how it was formed.

Available to buy on Amazon UK by clicking here. 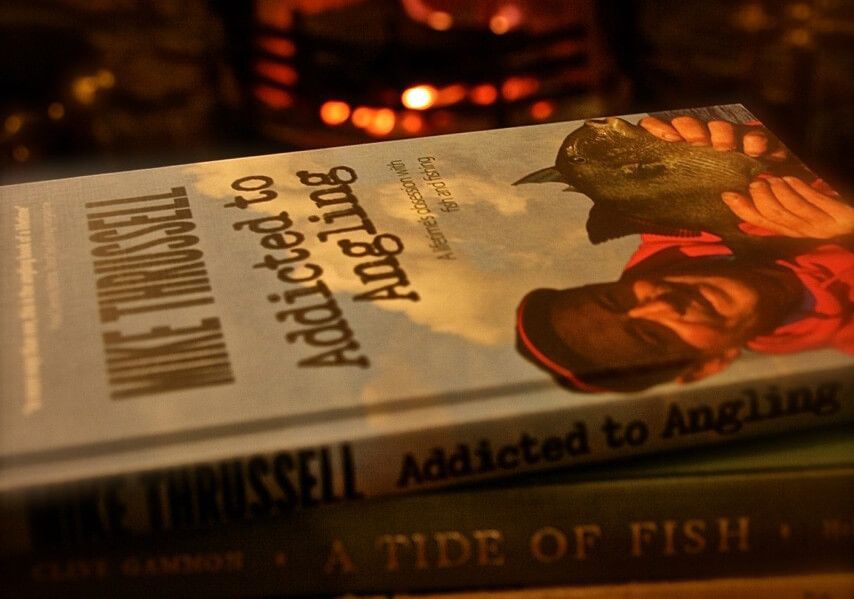 Wayne Thomas uses the recent bad weather window to sit down by the fireside with a glass of malt and reviews Mike Thrussell’s new book, Addicted to Angling. 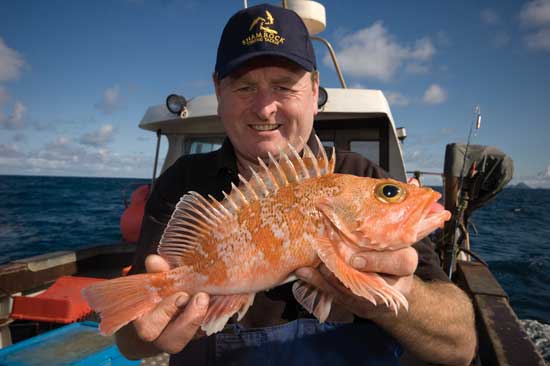 ID Guide to the Inshore Fish of the British Isles

We take a look at an excellent and comprehensive guide book to the inshore fish of the British Isles. 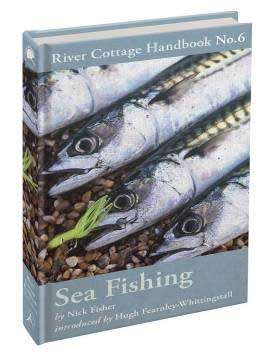 We delve into the pages of a new sea fishing book from the River Cottage Handbook selection, written by Nick Fisher, foreword by Hugh Fearnley-Whittingstall.