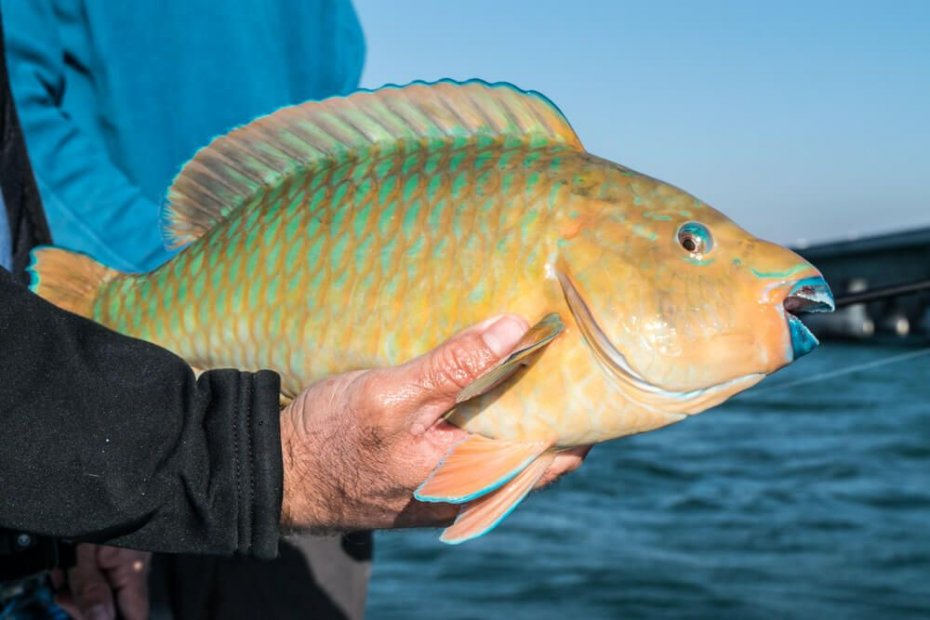 WSF was recently invited to a press event at Hawks Cay Resort, Florida by Navico, the company behind the world’s leading recreational boat electronics brand, Lowrance. With its rich boating and angling heritage and facilities, Florida provides the perfect backdrop for Navico to show journalists from across the world their latest innovations and new products. The purpose of my attendance was to get the lowdown on the latest gear from the Lowrance and Simrad brands for 2015. However, before the main event, I got to do some preliminary on the water field testing, or, as it’s better known, fishing, here’s how I got on…

The fishing was set to take place on the boats of the various captains that are sponsored by Lowrance. This included Capt. Rich Tudor and Capt. Tom Rowlands who both present a Floridian Angling TV show called Saltwater Experience, also leading the anglers out was father and son duo Capt. Robert “RT” Trosset and son Capt. Chris Trosset. RT is a captain of some distinction, an IGFA Lifetime Achievement Award holder and the first captain to lead his clients to over 100 IGFA records. The fishing would take place on Yellowfin 24 Flats Boats, all kitted out with the latest boat electronics provided by Lowrance. With such illustrious Captains (and technology) at our disposal, I couldn’t wait to get out on the water.

In order to add some spice to the two hour fishing expedition it was decided that the fishing would be run as a friendly competition. The aim of the game would be to catch as many species as possible and the team with the most would win.

I was put onto Capt. Rich Tudors boat which ended up as the Anglo-American team. Our team consisted of myself, Mike Snr and Ben Meakins, deputy editor of Practical Boat Owner Magazine. With us we also had Lucas Steward from Oklahoma, Lowrance Product Manager and top black mouth bass angler.

Heading out from the quay at Hawks Cay Resort, full of anticipation, we travelled down a long, winding waterway passing houses, docks, big game and flats boats. Each house we passed had a distinctly fishy feel with spectacular sculptures of tarpon, sailfish, bonefish, permit and dorado decorating the frontage of these incredible properties complete with sweeping verandas and private boat docks. After we’d travelled through this incredible grotto of angling and lush vegetation we reached the end of the waterway and into the main channel. Here Capt. Rich deployed the MotorGuide and declared we could fish. The tackle was simple, a lightweight fixed spool outfit would be used to fish a jig head complete with live prawn into the main channel.

Within seconds, the fish were on the baits, obviously smaller fish as they were struggling to work their way through the prawn to find the hookpoint, but it was incredible to feel just how quickly these fish are onto baits and in some cases, strip them bare in seconds. For the first few casts we connected with nothing despite the constant bites. Had I had my own gear with me I’d be considering scaling down to smaller baits and dropping a jig size or two, but, we only had the one sized jig heads and little time to find and experiment, so we stuck at it.

Within a few casts Mike Snr was first to hook up, the fish took off through the channel and out into the shallow flats, some careful negotiation was required to bring the fish around the channel marker posts but within a few minutes we had our first species on board, a fine looking grunt. Capt. Rich was next to hook up landing a pork fish, a beautifully coloured fish of yellow, black and silver that put a serious bend into the light tackle he was using, and, importantly, another fish for the competition! As Capt. Rich was holding his pork fish for the camera, Lucas screamed “Fish On!”. As we looked around to the bow of the boat, Lucas’ rod was bent double with line screaming off his reel. It was action stations! Capt. Rich with a pork fish

Capt. Rich immediately put his fish back and used the MotorGuide trolling motor fitted on the bow of the boat to start chasing the fish. With the light gear and the small capacity reels we were using there was a danger Lucas could be stripped if this was a good fish! As the fight progressed it started to take on the tell tale signs of a stingray. Sure enough within five minutes, Lucas had the fish to the surface and it was a stinger! The stinger took one look at the open air and thought better off it, diving down trying to find as much depth as it could in the shallow waters of the flats. Eventually, the fish tired and was carefully landed by Capt. Rich for species number three! We were progressing well in the competition, having only been fishing for 20 minutes we had already got three species on the board. Due to the chaos caused by the stingray we were well out of position, so we headed back to our previous location for another go. This type of stop and go fishing was made effortless by a unique product collaboration between Lowrance and MotorGuide, but more on that in a future article!

As soon as we settled back into our old hunting ground, the fish were back onto the baits as quickly as we could cast. I felt the usual rattle and then whack, the rod tip bent over and I leant into my first Floridan Fish! The fish took line in some initial bursts and then become dogged, nodding its head and circling around until it eventually succomed to the added pressure I placed upon it, when the fish broke the surface and it was landed Capt. Rich informed me it was Hog Fish – in Capt. Richs own words “we were catching all the pigs today!” As soon as I had re-baited with prawn and cast out my rod tip went again and I was soon fighting another fish, this one didn’t put up a serious scrap but still gave the light outfit a bit of a bend, eventually, a porgy was brought to the surface. As I was landing my fish, Ben was also playing a fish that was giving him the run around, within moments a snapper was boated and we were on the board with six species. Another species for Mike Thrussell Jnr

Despite the success at this location, Capt. Rich thought it would be useful to try some different areas to find other species and boost our numbers further. Once Lucas had stowed away the MotorGuide on the bow we were away. None of this 10 to 15 knot plodding about. Flats boats are serious bits of kit, weigh next to nothing and are all kitted out with at a minimum 300HP engines. Capt. Rich put the hammer down and we started to skim across the top of the water at speed to our next spot.

The next spot was reminiscent of fishing the Rosslare Small Boats Festival in Ireland, heading in as close to shore as possible and casting towards features around the shoreline. Capt. Rich had pinpointed a patch of rough, rocky ground that would hold some different species to what we had already caught. The trick was to cast the jig head almost into the shore feature, give it a quick sweep back and then slowly bounce it along the bottom on the retrieve. This tactic was ridiculously successful with everybody on the boat catching a fish of some description on every cast. Over a 10 minute period we boated an insane amount of fish and I’ll be honest, I lost count and was far too interested in catching fish at this point to start reeling off the species we caught. Thankfully, Capt. Rich was keeping an accurate record and by the end of this fast and frenetic session we’d added enough to be sat on a tidy 10 species! Ben Meakins concentrates on his retrieve.

By this point time was starting to run out and we only had another 30 minutes of fishing time before we had to head back to the quay at the Hawks Cay Resort. To finish the session Capt. Rich decided to head to the Gulf side of the Keys, this meant passing under Long Key Viaduct. Long Key Viaduct is a product of the now defunct Overseas Railroad which was destroyed in 1935 by a hurricane but the Viaduct that carried it was built to last. With the extension of US Highway 1 to Key West and the building of dedicated road bridges to link the Keys, the old Viaduct has now been converted into Fishing Piers (what else in the Keys) and a pedestrian walkway. These viaducts are a haven for fish, with fish grouping around the viaduct stanchions from small snapper to giant tarpon!

With us now fishing over the gulf side, we once again set about fishing from boat towards shore. This was a task made much easier by the technological combination of Lowrance Outboard Pilot and the MotorGuide trolling motor (again, more on this in a future article). The boat was perfectly positioned to fish parallel to the shore with all four of us casting from the one side of the boat. We all caught here, with plenty of fish boated and released but it was Capt. Rich who hit the last of our fish, a beautifully coloured parrot fish and species number 11. With time moving on, we eventually had to abandon our fishing and head back to the quay. Our American team mates Lucas and Capt. Rich were confident we’d done enough to secure victory, the British contingent, well, we chose to remain mute and cautious, it’s the British way! In the end, our American team mates were right to be confident, we’d won the Species Hunting competition by two clear fish with our boat on 11 and the next boat on 9. Whilst the whole boat was overjoyed with the victory, Lucas was especially ecstatic, he later revealed that he had yet to lose an inter-Lowrance Competition…a point he alluded to in his presentation the very next day.

INFORMATION
We fished with Capt. Rich Tudor, presenter of Saltwater Experience, if you’ve got a few moments spare and fancy watching some exhilarating fishing TV, I’d recommend you sit back and watch a few episodes, they include some top angling footage and great tips too.