Tips on boat fishing with braid 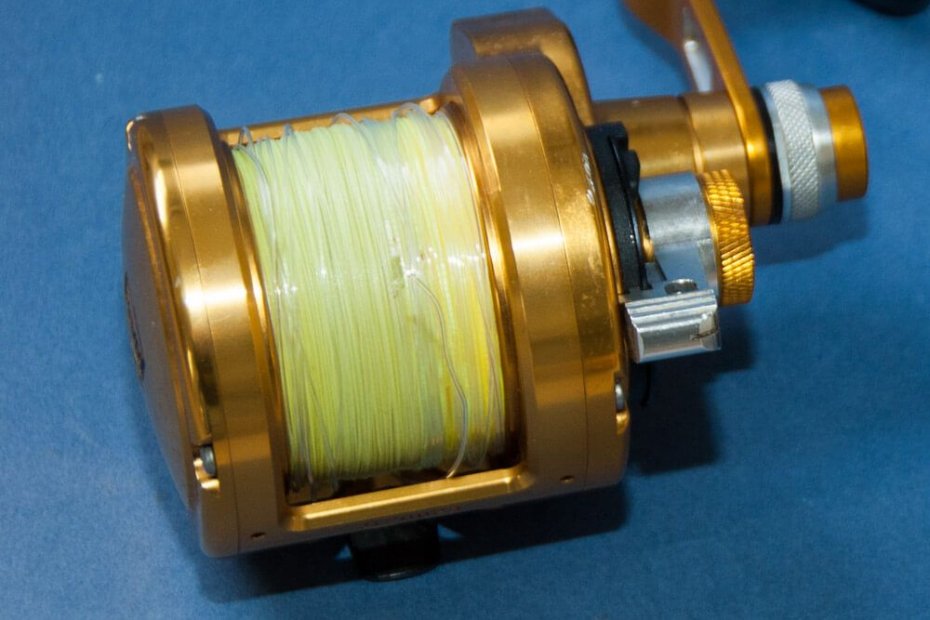 With the big wreck pollack and cod season almost upon us again, the old chestnut that yellow braid doesn’t catch fish has raised its ugly head yet again. The reason why, for some anglers, yellow braid is less successful is because they make basic mistakes in their tackle set up, it’s nothing to do with the colour of the braid.

I use yellow braid for the majority of my lure and downtide fishing, the reason being I can see where my line is when fishing amongst other anglers lines, plus with my eye sight being not quite as good as it was when I was 21, the yellow is easier to see down in the water column when I’m bringing a big fish up close to the boat.

To give an example my two biggest cod, a 37lber in Iceland and a 38lber in Norway, both came on lures fished below bright yellow braid! The biggest mistake anglers tend to make is that they attach the braid direct to their terminal tackle link. Although a basic error this still doesn’t stop some pollack and cod taking the lure, especially when fishing lures on a flying collar rig. Think about it, the pollack sees a bloomin’ great lead and big boom swimming by, yet still attacks the lure as it follows the sinker. Yellow braid will reduce catches if you attach the braid directly to a weighted shad or lead head though.

Immaterial of how I’m fishing re technique, be it flying collar rig or a lead head, I always tie on to my 20lb braid a 15ft length (twice the length of the rod, and the same breaking strain as the braid) of 20lb Fluoro carbon, 20lb clear mono will also do, so that this gives a big gap between the yellow braid and the terminal tackle.

I use the leader for five reasons. Firstly it gives the fish time to disassociate the yellow braid with the terminal tackle or lure, secondly it gives a little elasticity and give to protect a light hook hold when playing big fish, or when a fish is up on the surface at the side of the boat. Thirdly the leader, especially Fluoro carbon which is a tougher line than mono, gives some abrasion resistance and protects the expensive braid when fishing the lure right through the middle of jagged wreckage and snags.

The fourth reason is one of clarity. In very clear seas during prolonged spells of high pressure the Fluoro carbon is less easy for the fish to see and without doubt I catch more pollack on lures when using Fluoro carbon leaders, end of!

The fifth reason will surprise some of you. I use the leader as a weak link. If your lure or lead becomes snagged, when you pull for a break, often the leader line is crossing over wreckage and will easily snap, but your braid remains intact, also the knot where the braid joins the leader is a weak link and will break in a direct pull again retaining all your expensive braid.

You can instantly see then the benefit of using a leader and why it will not only increase your catch rate, but also safeguard your braid and reduce costs in the long run. So many times on boats I’ve had anglers tell me, “I don’t use Fluoro carbon, it’s too expensive”, yet I’ve watched them loose half their expensive braid to one snag because they weren’t using a leader. No leader is false economy!

Another tip when using braid on boats is that when you get snagged, don’t point the rod at the snag and let the reel spool take the full strain until the line breaks as I’ve seen so many anglers do. This sees the line cut down inside the lower coils of braid effecting line release off the spool on the drop and can also damage the braid. In extreme cases it can also see the reel spool spindle bend when using heavy braids over 50lbs on smaller sized reels.

Using a short section of broom handle and wrapping the braid around this to pull for a break is common, but even this is often wrongly used, and by experienced charter skippers too, as the braid inevitably breaks close to the broom handle where the friction is.

The way I do it is, providing you’re wearing thick sleeved clothing (remember I said thick sleeved) wrap the braid around your forearm a few times and pull for a break when the line comes tight. I do this with braid up to 50lb and the pressure on your arm is minimal when the line breaks. Think about pulling for a break when you get snagged on a rock mark using heavy 30lb mono, it snaps like cotton if wrapped around your arm once the line comes fully tight, it’s only the stretch that is a problem. There’s no stretch with braid and the break will usually occur at the weak leader knot anyway!  I’ve had numerous lectures off skippers who thought I’d cut my arm off, yet I’ve never had any problems and never an injury doing this, and since had skippers adopting my method having seen it.

If you don’t fancy the strong arm method, when using braid, especially heavier 80lb plus braid for wreck conger etc, then fair enough, use the broom handle section, but make sure you let off masses of loose braid and use multiple wraps of braid around the broom handle so that the braid cannot slip under the pressure. If it slips around the handle even slightly it will break right by the broom handle due to friction. Some anglers use a boat cleat, but this again sees the braid spin on the metal and friction will part the braid.

The main reason I don’t like the broom handle method is its way to easy to get your fingers wrapped in the loose coils just as the braid is coming tight, and that’s “bye bye” fingers!. I’ll stick to the strong forearm method myself!

Hope the above helps you catch a few more fish this winter, and also cut down the overall cost of fishing for you. In these not so easy times, little things can make a big difference to both your catch and your wallet! 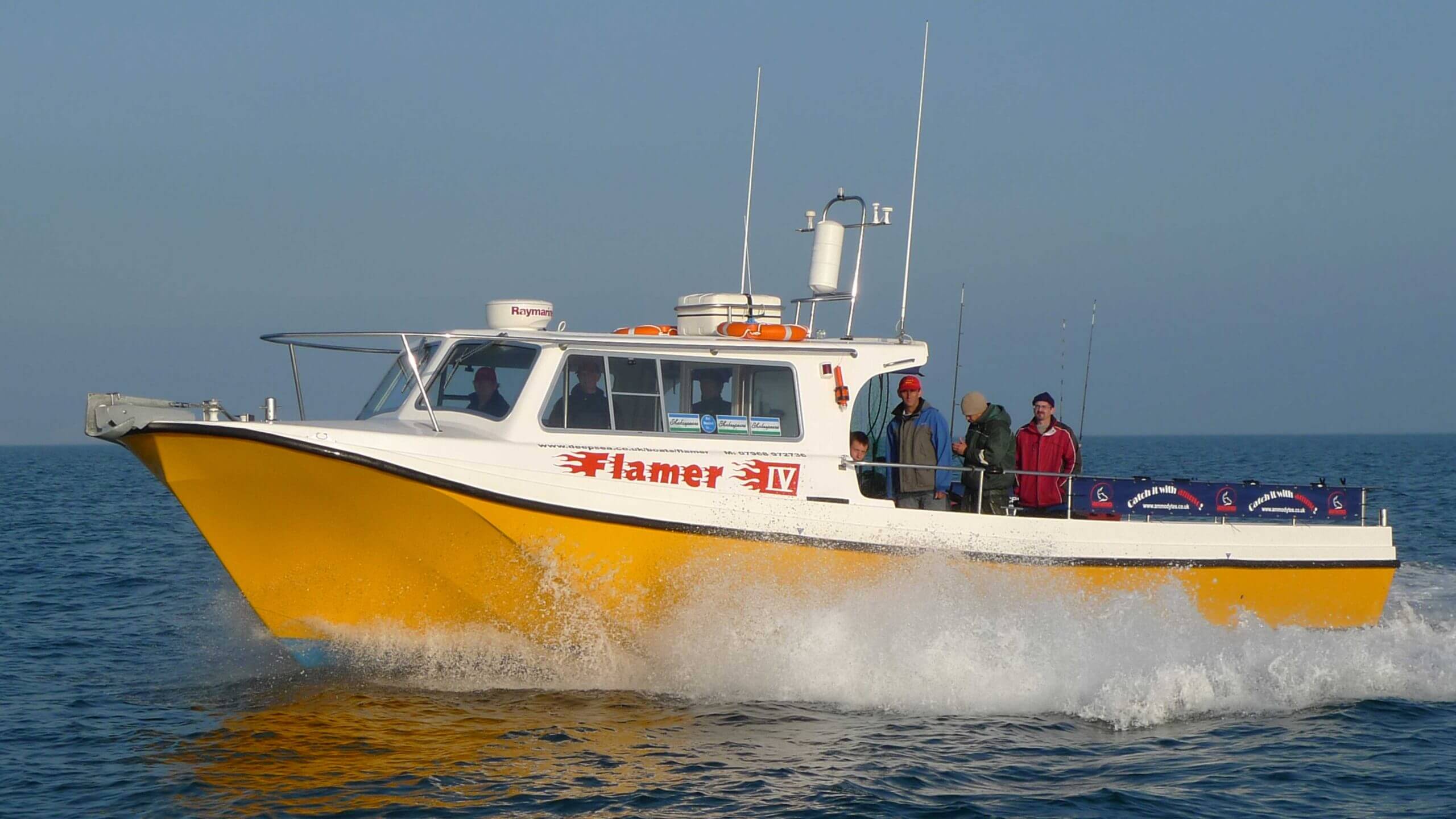 Booking a charter boat can be daunting for the newcomer, WSF gives you some tips on what to look for and be aware of when booking a boat.